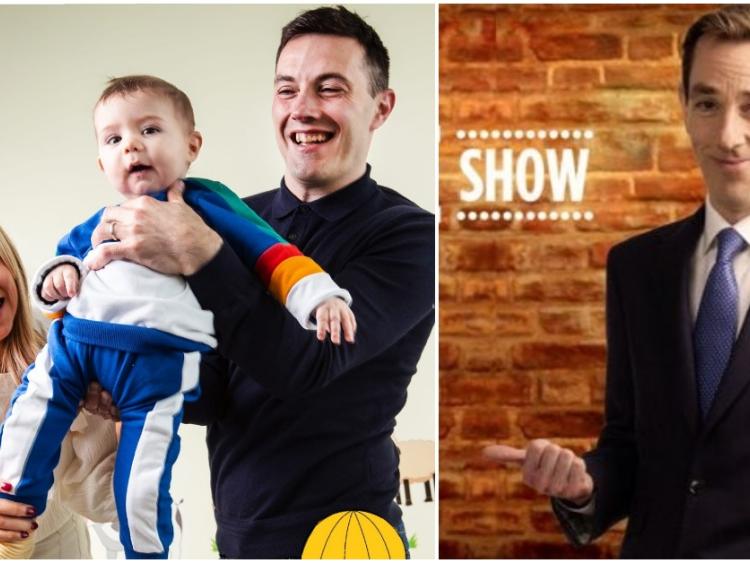 Late Late Show viewers will get to hear the truly remarkable story behind the ‘Do it for Dan’ campaign for Ballybrittas baby Dan Donoher on Friday evening’s show.

In March of this year, Laois couple Niall and Aisling Donoher launched an online campaign to raise €2 million needed for their one-year-old son, Dan, to receive life-saving treatment only available in the USA.

In just 50 days, and with the support of the kind people of Ireland and the GAA community, they reached their colossal goal of 2 million last Friday.

Evanne Ní Chuilinn, Henry Sheflin, Aidan O'Shea and Kieran Donaghy all played their part in the fundraising efforts and will chat to Ryan about how the GAA community has pulled together during the current crisis.

In this week’s Leinster Express, Dan’s mother Aisling Donoher spoke about Do it for Dan reaching their €2 million goal, the remarkable community spirit and their hopes for the future.

As Ireland waits to hear the latest on Covid-19 restrictions and developments in the lead up to May 5th, Taoiseach Leo Varadkar will also be live in studio for tomorrow evening’s show to bring all the very latest developments to viewers regarding the ongoing crisis.

Picture This, the Irish band of the moment, who recently performed at the One World: Together At Home concert, will be in studio to perform a number of songs, as well as discuss their support of the work of children's hospice, The LauraLynn Foundation.

Lenny Abrahamson's onscreen adaptation of Sally Rooney's novel, Normal People, has been garnering rave reviews since hitting screens this week, and actor Paul Mescal will be chatting to Ryan about being catapulted to fame with his portrayal of Conall, as well as those sex scenes.

Ryan will also catch up with Tom Cullen, the little boy who stole hearts with his Nanny Pat on The Late Late Toy Show last November. With children the length and breadth of the country desperately missing their grandparents, Tom too is very much missing seeing his dear grandmother and will talk about how they are keeping in touch.