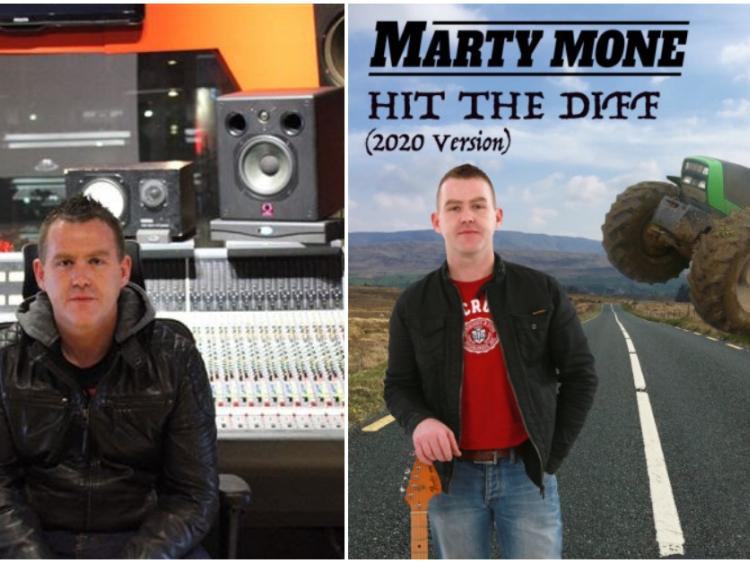 Marty Mone made his debut onto the Irish & UK music scene in 2014, with his single ‘Hit The Diff’ amassing over 10 million views on YouTube, and it’s back with a new 2020 refresh.

Following the success of his debut single, Mone went on to produce 2 successful full-length albums, and his discography has brought him over 23 million YouTube views to date.

The successful single ‘Truck & Roll’ which premiered in February 2020, and followed with a tour across New Zealand and Australia, Mone has announced an official re-release of his inaugural track, ‘Hit The Diff’.

‘Hit The Diff’ is widely regarded in Ireland as a Country Folk anthem and is the single that put Mone on the map. It became a viral sensation overnight, amassing over 4 million Spotify streams and 10 million YouTube views.

Five years later and the track is still packing out dancefloors on night’s out in towns across the country, and someone even named a racehorse after the single.  As a result, Marty has decided it’s time to give it the 2020 refresher it deserves.

He completely re-recorded and mastered 'Hit The Diff' adding a bigger mix of genres giving it a more rock EDM feel. The track will also feature a brand new music video.

Marty’s fame as a YouTube sensation is growing stronger by the day. With 4 songs with over 1 million views and a combined view on his channel of over 23.5 million, Marty shows no signs of slowing down.

'Hit the Diff (2020 Version)' is available for pre-sale now HERE, in the meantime, you can re-watch the original below: