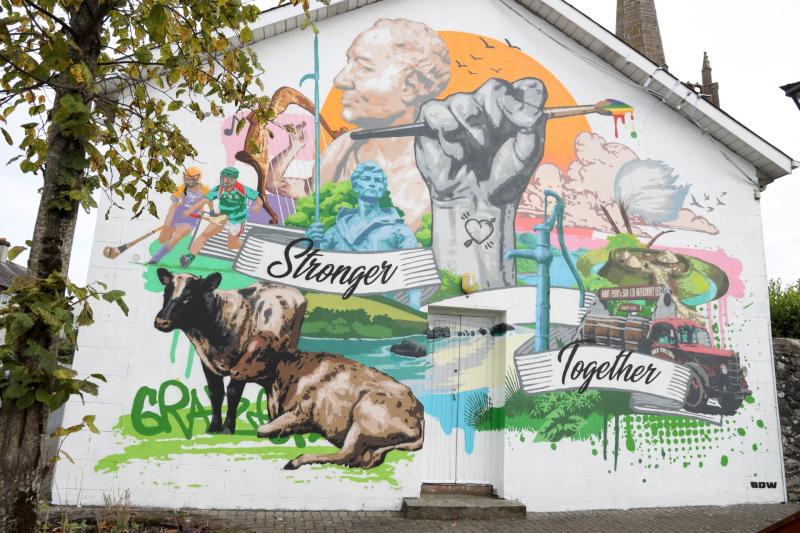 A councillor wants outdoor markets restored to what he said is the 'marvellous' square in Rathdowney as part of an regeneration plan for the town centre.

Cllr John King, Fine Gael, tabled a motion at the recent Borris-in-Ossory Mountmellick Municipal District meeting. He called on the council to give an update on the plans for Rathdowney Town under the Town Realm Project.

He specifically asked when surveys will be carried out in the square area/brewery river and recreation area and car park.

Replying Mr Edmond Kenny, District Engineer said the Council have arranged to undertake topographical surveying in the centre of Rathdowney. He added that the surveying work will be completed in the coming weeks.

Cllr King welcomed the progress. He said once it is complete work should start on the plan for the town.

“Starting in 2022 I want to see a plan for work to enhance the town. We have a lovely marvellous square in Rathdowney. I can recall from my youth the markets that was great for local business,” he said.

He hoped a market could be restored to Rathdowney.

“Certainly, bring back the market,” he said.

Cllr King was supported by Cllr James Kelly, Independent. He said the town’s square is beautiful and has great history. He pointed to the success of markets in Mountrath.

Public realm plans have been prepared or are in the process of being drawn up for Portarlington, Stradbally, Mountrath and other towns in Laois.