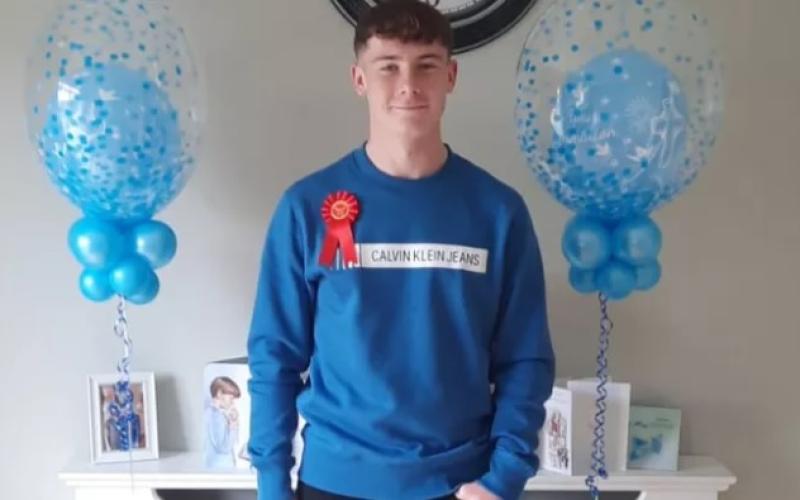 Three supporters of a Laois teenager with a serious cancer diagnosis are going to jump out of an airplane to help him.

Warren Evans from Tullamore, and Tracy Duncan and AnnMarie Flanagan from Portlaoise are preparing to do a skydive, to raise money for Eoin Coss, 14, from Mountmellick.

Tracy is Eoin's auntie and is asking for public support.

"Myself and AnnMarie are hoping to raise some funds to help my nephew Eoin and his family in his fight against Cancer.
And sure who doesnt want to see us jump out of a plane! Lets hope we're as brave as Eoin on the day. Any donation is grately appreciated, you can donate through Go Fund Me on here or we both have Sponsorhip Cards as well for anyone that wishes to donate that way," she said.

"Eoin is 14 years of age and is currently going through treatment. He is the most amazing boy and is fighting his battle with courage and positivity, he is a true inspiration to us all, and we want to follow in his bravery by jumping out of a plane! We are so incredibly grateful for any support you can offer, no matter how big or small," the women state on their Gofundme page, with has so far received over €800.

Warren has a lovely tribute to brave Eoin.

"I hope to raise some funds to help Eoin Coss and his family in his on going fight against cancer. Eoin is just 14 years of age and was diagnosed with a rare cancer only 3 months ago and is presently going through intensive treatment in Crumlin Childrens Hospital. I have only know Eoin for the last 16 months and he is such an amazing and positive young lad with a can do attitude a credit to his family.

"He is fighting his battle with strength, courage, bravery and the love from his family so I have decided to jump out of a plane to help him in his fight against cancer. So who wants to push me? I am so grateful for any support recieved no matter big or small, thank you," he said.

"UNBELIEVABLE, it is great to see how generous people are and Eoin and his family really appreciate how generous ye have all been," Warren said.

It is the latest in a host of fundraising support for the much respected teenager as he continues his treatment.  Portlaoise rock wedding band Transmitter are also pitching in with a free night's performance in Moloney's Bar Mountmellick next week. Read below.