The Winter Solstice sunrise was welcomed in style by one of Ireland's finest singers, on the Rock of Dunamase in Laois last Sunday December 20.

Jack L came along to sing as the sun rose in a clear sky, matched by a rainbow in the west, to the delight of organisers The Merry Mill.

About 100 people attended the spiritual event, while observing social distancing.

Kevin Scully from the Laois organic grain producers began the tradition himself some 20 years ago. Four years ago he extended an invite to all in Laois to join in for some organic porridge, with crowds growing every year to make it an annual special occasion.

Laois Tourism took this video of the event.

"We were so lucky with the rainbow, and to have Jack L come was amazing. We picked Sunday instead of Monday so families could come and we were lucky there too becuase it was the clearest dawn. It was beautiful. It is great to get a magic time like that, it's been such a tough year," he said.

As well as Jack L, the event was marked with a spiritual ceremony led by Laois celebrant Bernie Duffy. Laois bagpiper Annie Holland performed with her friend, yoga teacher Caroline Carroll led the crowd in sun salutations, and there were performances by Laois singer songwriter Conor McLoughlin and by Ollie from Golden Egg Studios.

Kevin also welcomed fellow Laois food producers Mueller O'Connell bakers, the Village Coffee shop in Ballybrittas, The Village Dairy, and Gee's Jams who between them all provided a full breakfast of organic porridge, coffee and breads.

The gathering then all contributed to a collection for Portlaoise Action to Homelessness (PATH).

Below: Pic by Kyra Fingleton 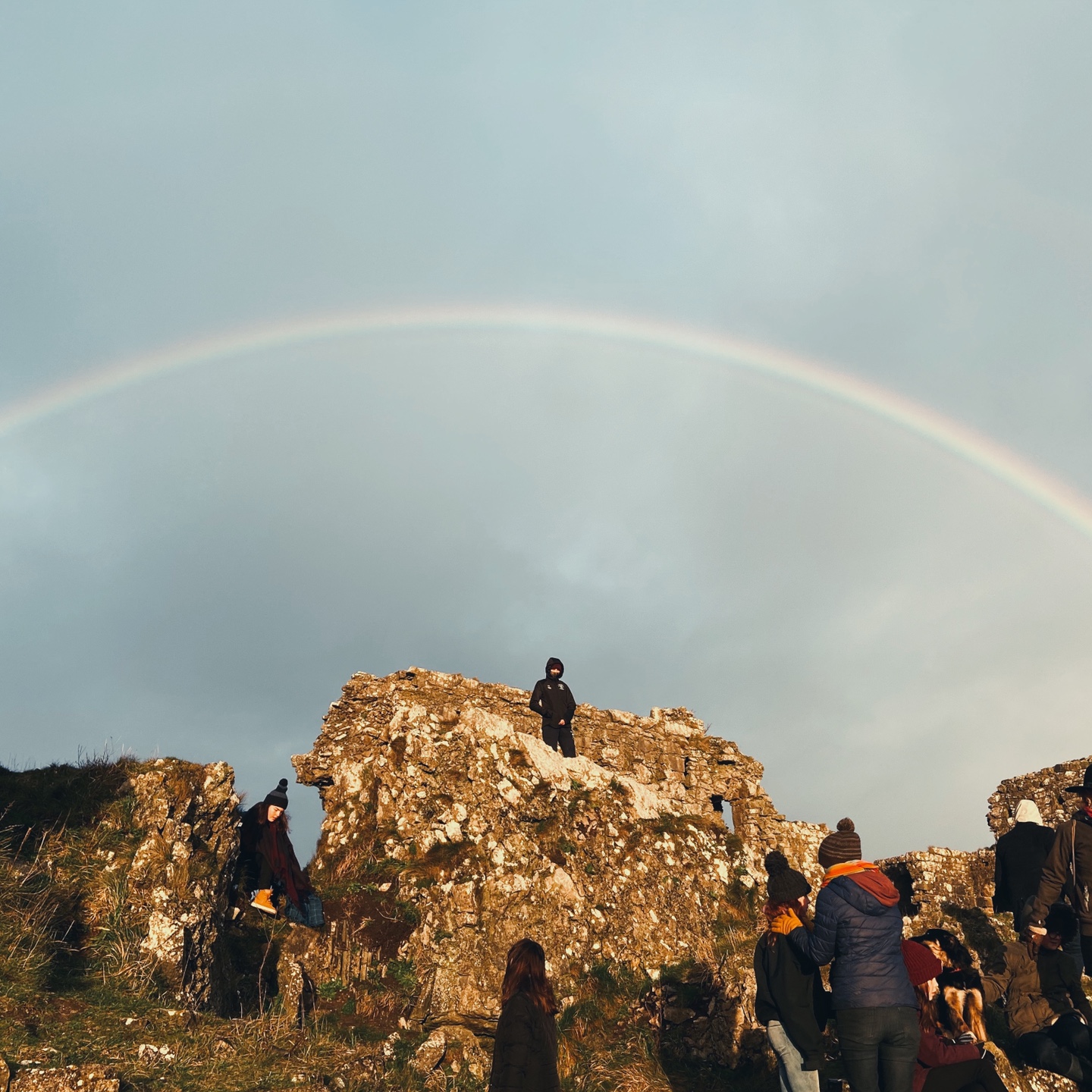