Fire crews were called to a large fire at a Portlaoise housing estate around 2:00am on Friday morning.

Residents in Lakeglen woke up to smoke and heat billowing in their windows after rubbish which has built up over a long time was on fire in a nearby house. No injuries were reported.

One resident told the Leinster Express that they are living in fear and that illegal dumping at the vacant house is an ongoing problem.

Portlaoise fire crews attended the shed fire in the early hours of the morning. The  fire service told the Leinster Express the fire was in close proximity to a house and another shed but the crew extinguished the fire before it spread to the neighbouring structures.

Pictures taken before the fire show the extent of illegal dumping at the house where a mattress and bags of rubbish were dumped and starting to pile high. 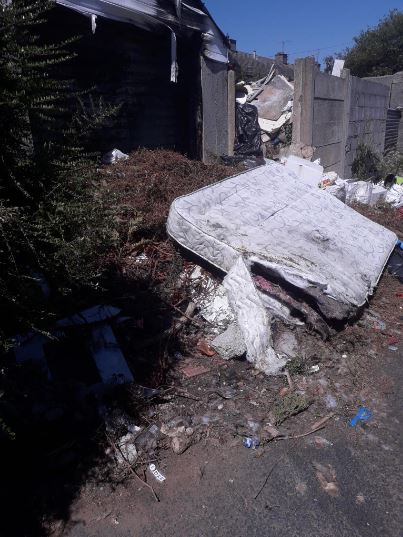 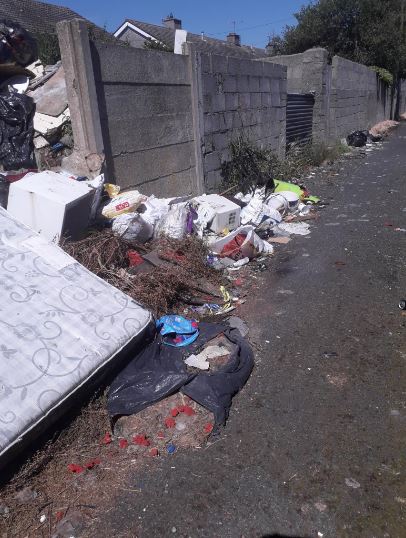 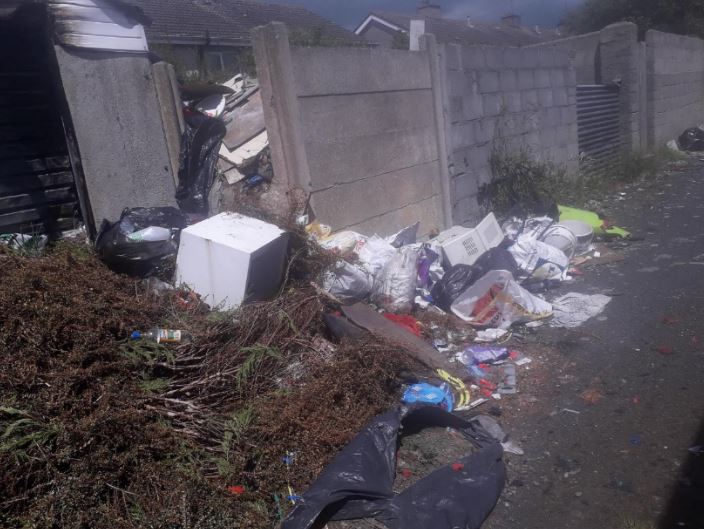 Pictures taken after the fire show the damage that was done when the rubbish was burned. 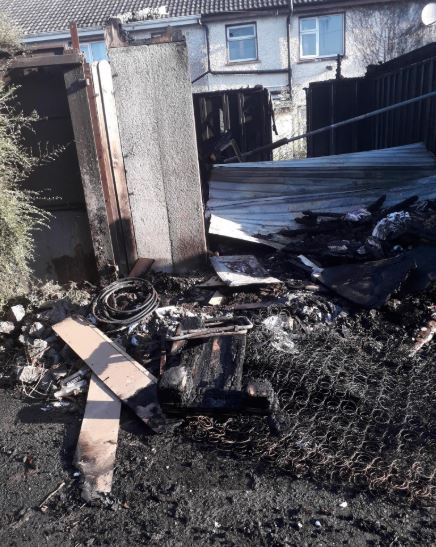 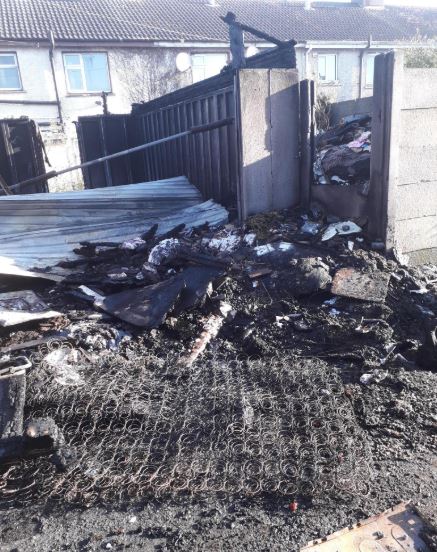 A resident told the Leinster Express that the dumping is on private property where the owner cannot be found.

Many residents with windows open during the night to cope with the warm weather had smoke in their rooms.

A Condition Red Forest Fire Danger Rating Notice is still in place nationwide as fire departments all over the country are on call in case of forest fires in the heatwave.

Part of Laois Dublin Limerick M7 closed due to crash and cattle on the road.