Work is underway on a huge colourful mural that is set to enhance the history and heritage of Laois in Portlaoise town centre.

Artist Shane Sutton from Dublin is working with students from Dunamase College, The Waterford Walls Project and Laois County Council to bring this mural to life.

The mural depicts Rory Óg O Moore and his wife Margaret O'Byrne (of the famed O'Byrne Clan of Wicklow). The iconic Laois site the Rock of Dunamase is in the background with wolves and wolfhounds also feature in the mural.

Shane has been working on the painting this week and told the Leinster Express that it is due to be finished by Saturday with the help of students from Dunamase College who will be getting to work alongside him. 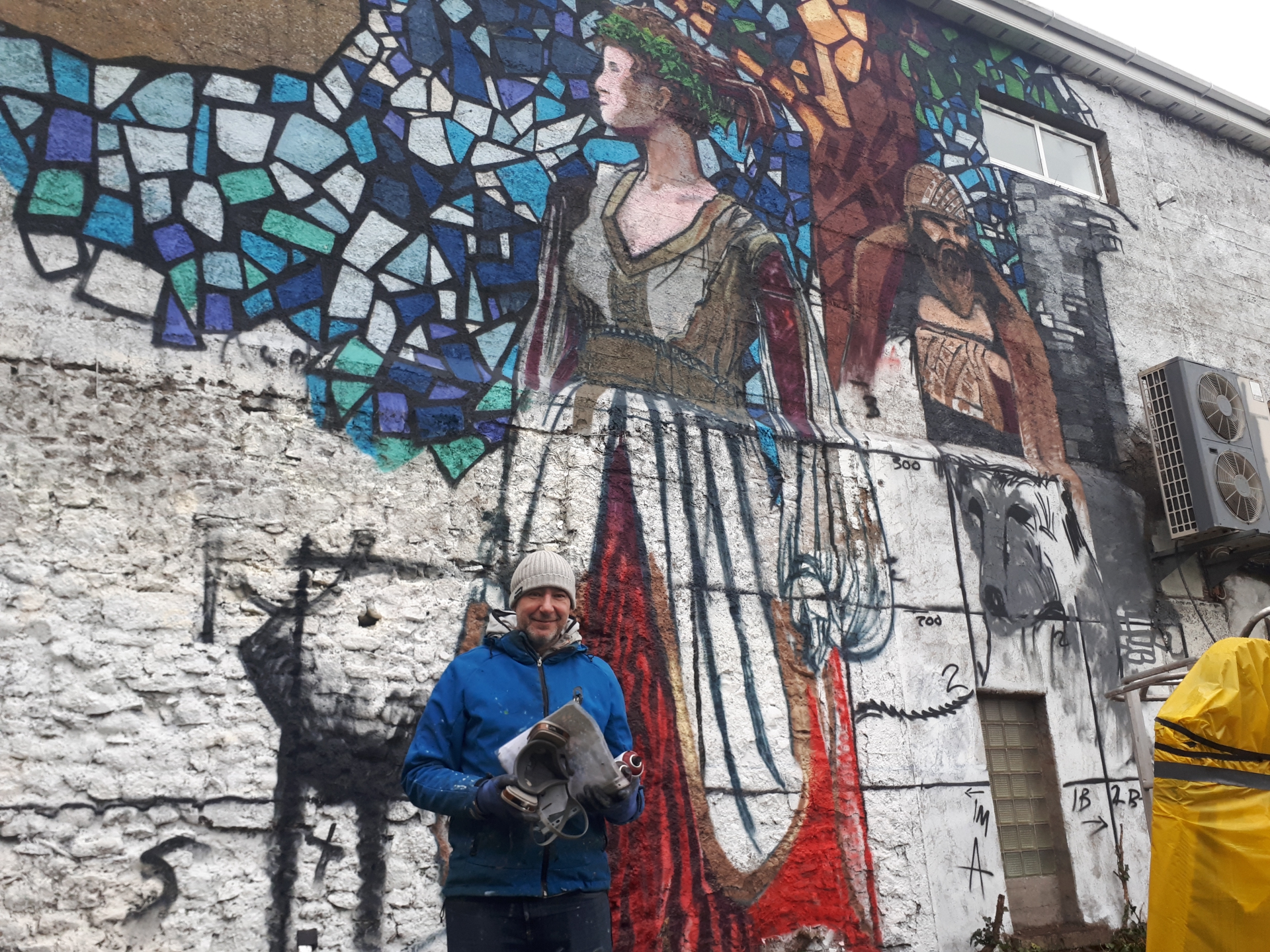 “I just have to fix up a few bits here and there, it is getting there. We had to look at the area and what was around and try and think of what would fit the local history. I read up on the history and designed it from there.

“When I first did the illustration I wasn’t sure what to do with the background to make it look organic so when I noticed the church tower I thought a stained glass approach might be nice and because it is a graveyard as well.

“We don't want to put it all over the wall, there was ivy here and it was a little bit organic so when that grows back it will blend in," he said.

The inspiration for the project came from the late Councillor Jerry Lodge and the Portlaoise Tidy Town Committee, following on from conservation works to the graveyard started in 2017 and aiming to open it to the public as a “pocket park”.

As part of the Creative Ireland Laois programme, the project was developed in partnership with the Heritage Office, Arts Office and students at Dunamase College, Portlaoise to design and install a mural at the Old St Peter’s Graveyard, Railway Street, Portlaoise.

Catherine Casey is the Heritage Officer with Laois County Council.

“There has been a lot of focus on Fort Protector in recent years, and we are delighted with that. But the fabric of the Fort, built by the English planters, is just one part of the origin story of Portlaoise.

"We wanted to use this mural as an opportunity to commemorate the people the Fort was built to keep out – the Gaelic tribes led by the O’Moores. 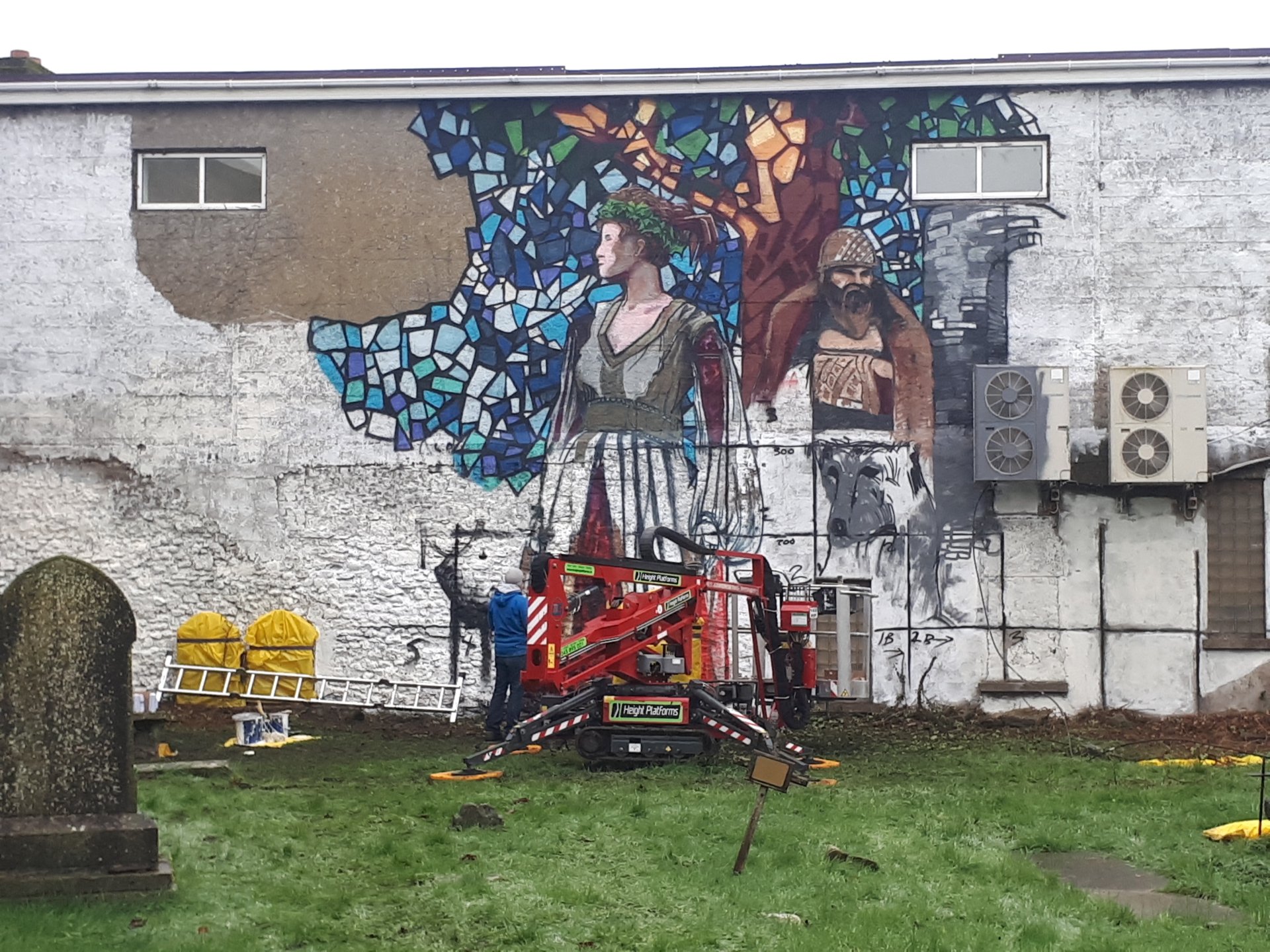