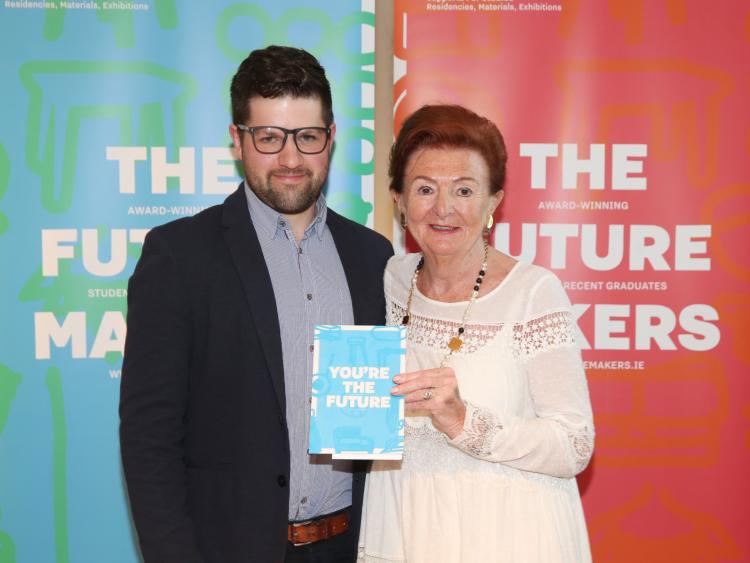 Alan Meredith and Breege O'Donoghue, Chair of the Design & Crafts Council of Ireland

Alan Meredith, a furniture designer from Mountmellick was presented with the Future Maker of the Year Award 2017 by the Design & Crafts Council of Ireland’s (DCCoI) Future Makers Awards & Supports, one of the largest prize-funded award programmes in Europe for students and emerging makers.

The award, worth €3,000, was presented to him at a ceremony in The Dean Hotel, Dublin last week for what the judges described as "a beautiful contemporary collection of skillfully executed pieces." 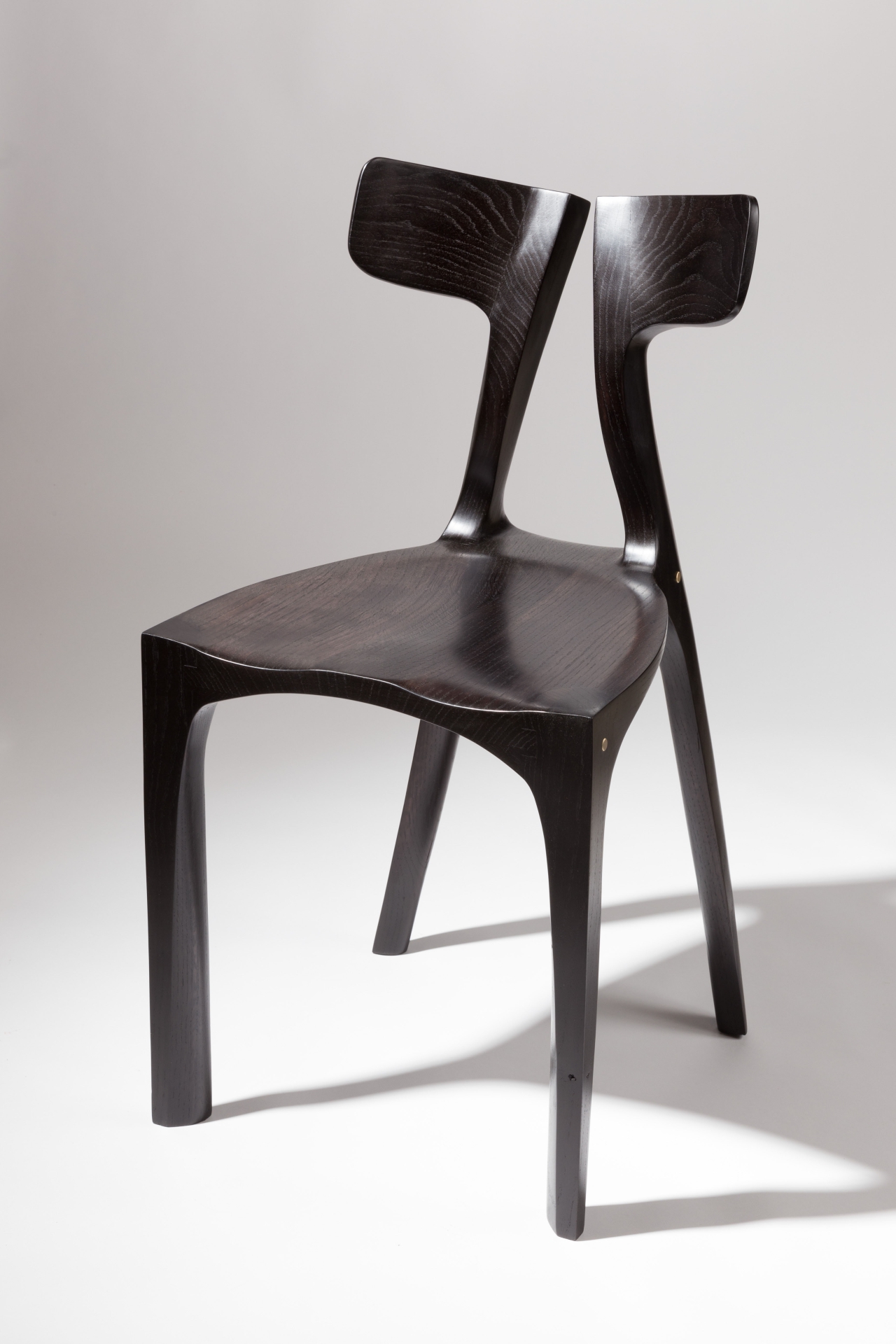 The Future Makers Awards & Supports programme rewards the next generation of Irish creatives at a key stage in their professional development, helping them to develop a career in the craft and design industry. The programme announced 23 students and emerging makers who have received funding from a total of€22,500 for 2017.

Of those, 43 were short-listed and the 23 winners and recipients announced at the event. The successful applicants were chosen for their demonstration of a broad range of skills, such as design interpretation and innovation, use of traditional and contemporary techniques, and skillful execution.

Established in 2009, Future Makers Awards & Supports is one of many DCCoI initiatives supporting and investing in a new generation of talent in the craft and design sector. Divided into student and emerging practitioner categories and covering a wide range of disciplines, the Future Makers programme recognises and rewards vision, innovation and excellence in both making and the creative process among students and recent graduates.

Karen Hennessy, Chief Executive of DCCoI, said: "The Design & Crafts Council of Ireland is committed to supporting and nurturing emerging designers and makers so that they can develop their skills, promote their work and build careers both here and abroad.

"The DCCoI Future Makers Awards & Supportsprogramme is one of several of our initiatives created to assist and encourage the next generation of designers and makers and grow Ireland’s vibrant design and craft sector. We wish all Future Makers winners and recipients continued success in their fields and look forward to working with them through our programmes in the future.”