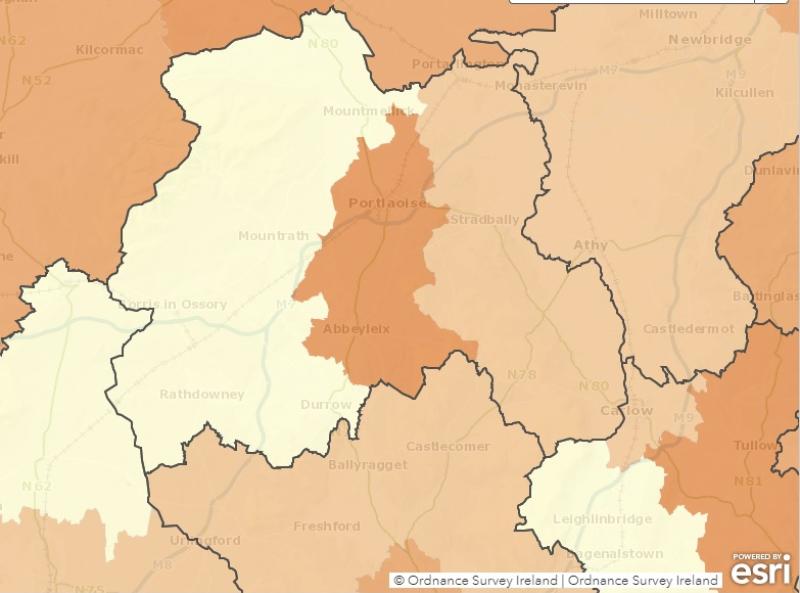 New official figures show Covid-19 has rebounded in the Portlaoise area while the part of Laois that stretches from Mountmellick to Borris-in-Osssory has an almost a zero incidence.

Ireland's health authorities have again started to publish local area statistics for the virus after the cyber attack forced a suspension of the weekly practice in the middle of May.

The last Local Electoral Area (LEA) breakdown was published on May 13 on the Covid-19 Ireland data hub. It covered the 14 days from April 27 to May 10.

The latest LEA breakdown reports on the two weeks from June 15 to 28.

There were just 13 new cases in the Portlaoise electoral area in the fortnight to May 10. This gave an incidence of 40.9 per 100,000 population for the town and surrounds.

The LEA breakdown for June 15 to 28 reveals a picture which tallies with the warnings issued by NPHET about the spread of the disease once again and the possibility of a fourth wave caused by the Delta virus.

The situation is different in the other two Laois LEAs though the other more densely populated part of the county also has a higher rate.

The latest figures from the Portarlington Graiguecullen LEA show that there were 16 new cases in the two weeks to June 28 giving a population incidence of 56.9 per 100k.

The best Covid-19 situation in Laois is in the Mountmellick to Borris-in-Ossory LEA. A total of nine people tested positive in the two weeks to May 10 giving an incidence of 36.3 per 100 k.

The district is less populated than the others. With 24,807 people it includes Rathdowney, Mountrath, Durrow, Castletown, Camross, Errill, Clonaslee and Rosenallis. It borders Tipperary, Offaly and Kilkenny. MORE BELOW LINK.

What pharmacies in Laois are vaccinating the 18-34 year-olds for Covid-19?

Health Protection Surveillance Centre figures for all of Laois in the 14 days to May 10 show that there were 36. The countywide incidence was 42.5 per 100 k. The daily average was two new cases a day.

Up to date figures from the HPSC show that Laois had 63 new cases in the two weeks to June 28 giving an incidence of 74.4 per 100 k. The daily five day moving average is 6 confirmed cases.

HSPC figures in Laois for the two weeks to June 30 show that there were 62 over the period giving an incidence of 73.2 per 100k.

There were 4,884 officially confirmed cases of the disease in all 26 counties over the same period giving a national incidence of 102.6 per 100k.

The current figures show that close contact with a confirmed case make up nearly 60% of cases while travel accounts for just 5% of infections. MORE BELOW LINK.

The HSPC advises that the cyber attack is still having an impact on data. It says the May 14 incident has prevented the routine notification of cases, associated deaths and outbreaks of COVID-19 to Computerised Infectious Disease Reporting (CIDR) system.

As an interim measure, provisional epidemiological reports will be prepared based on the information captured by the HSE COVID Care Tracker.

The HSPC says that as soon as all COVID-19 surveillance systems are restored, surveillance staff in laboratories, the Departments of Public Health and HPSC will work together to retrospectively collate and validate COVID-19 cases, outbreaks and deaths diagnosed and/or notified during this period. 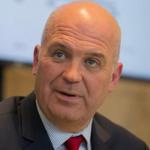 Could this Irish Covid-19 vaccine passport app allow pubs and restaurants to open?