Engagement underway with all Government Departments 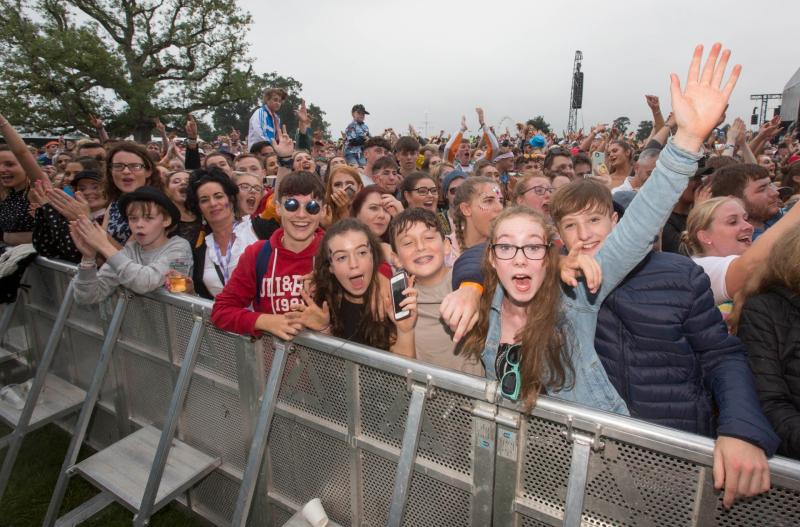 Plans to proceed with the Electric Picnic could yet materialise as political support began to build behind the events at a national level.

Laois County Council's stated position is that a licence cannot be granted for legal and public health reasons but negotiations are underway to find a way to allow it to proceed at the end of September as scheduled.

The matter was discussed at a meeting of Government Ministers on Monday after it emerged over that talks were underway with the promoters and politicians.

Minister for the Arts Cathryn Martin wants an early but phased return of live music and events through September. She said a return date was due to be confirmed today, August 20.

She said on Monday that there had been “ongoing engagment all over the weekend” involving the relevant Government Departments regarding the holding of the Electric Picnic.

She was speaking before going into a meeting with the Taoiseach Micheál Martin and Tánaiste Leo Varadkar to confirm a way forward for the sector including the holding of the Picnic which is slated for Stradbally.

Justin Green works at MCD which is involved in running the Electric Picnic. He is also part of the Event Industry Alliance which has been campaigning for a reopening of the entertainment sector.

He was at the meeting. While he said that he was frustrated that there was no confirmation of a confirmed date for the entertainment sector to resume.

He was more optimistic about for the picnic going ahead.

“We are hopeful that we can still progress it. What we really need to do is to get the Government to get behind it. They indicated that their passion and their intent is to hold the event. We think that we can still actually go ahead and do it and it just needs further engagement but from our view it is still possible at this stage,” said Mr Green on Monday.

He said the event was not discussed specifically at the meeting with the Taoiseach and Tánaiste.

Asked if the music festival could be re-instated as a pilot event last week, the Taoiseach said: “That was the key issue there (planning). Designating any event a pilot can’t overcome the planning issues.

"There will be consultation with the promoters.”

The local authority refused a licence in early August a decision which was not opposed by Government. It did so on the grounds of the latest public health guidance.

The council said it could not reverse the rejection because the law does not provide for such a process and the public health guidance had not changed.

The organisers Festival Republic have made no public comment since seeking a reversal in the refusal. The MD was organising two big events in England over the weekend which were attended by 190,000.

Laois Council says nothing has changed in relation to Stradbally event