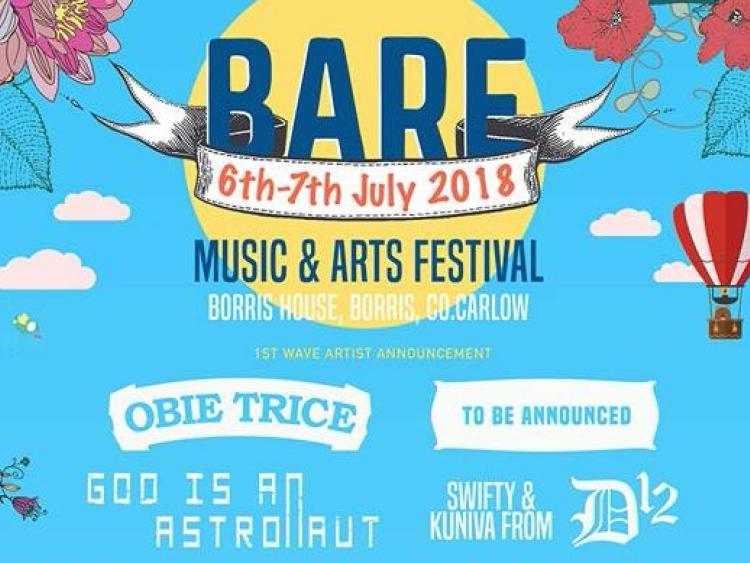 Bare in the Woods music and arts festival 2018

The first acts have been announced for the Bare in the Woods festival 2018.

The festival which originated in Laois has moved to Carlow and will feature live outdoor performances from Obie Trice ft Swifty & Kuniva of D12, God Is An Astronaut, The Lost Brothers, Seamus Fogarty, Kíla, Gok Wan, The Pale and many more.

The acts will play across six stages in the new home of the festival in Borris House, Co Carlow on July 6 and 7. The second headline act has not been announced yet but all will be revealed in May according to festival organisers.

Bare in the Woods started in Garryhinch in Laois and rapidly became one of the biggest festivals in the county taking after Electric Picnic.

Bare was cancelled in 2017. With Mount Leinster and the Blackstairs Mountains as a backdrop and the River Barrow flowing beside the woodland, Carlow is now getting the chance to prove itself as an idylic festival wonderland.

Weekend camping tickets are still available for €100 from the Bare website. One day tickets, campervan passes and kid's passes are also available.

See the full line up so far below. 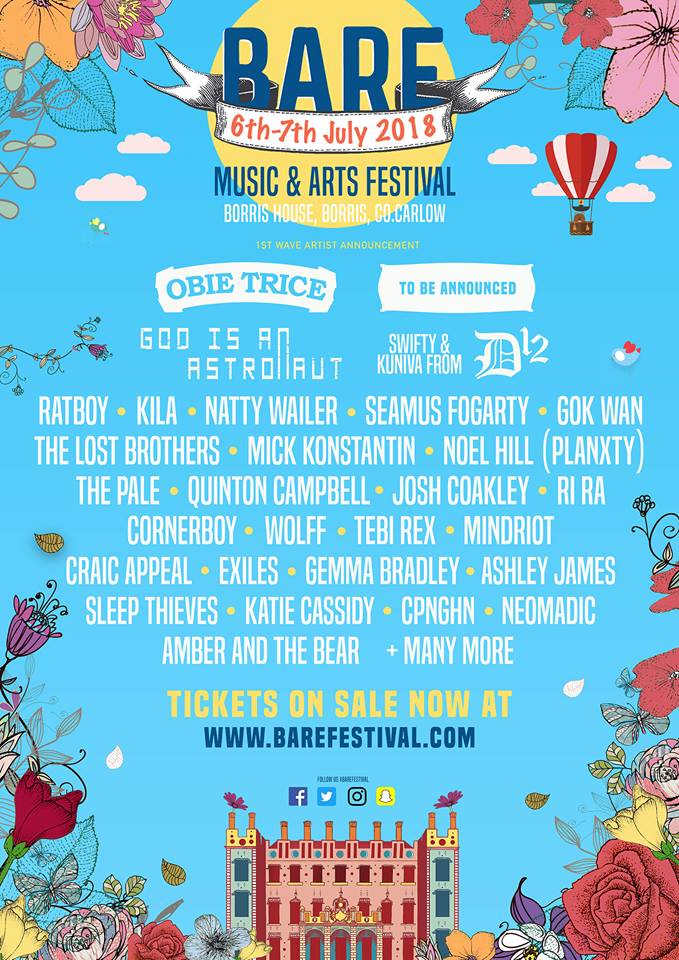