Will this Laois town get back its Russian Gun? 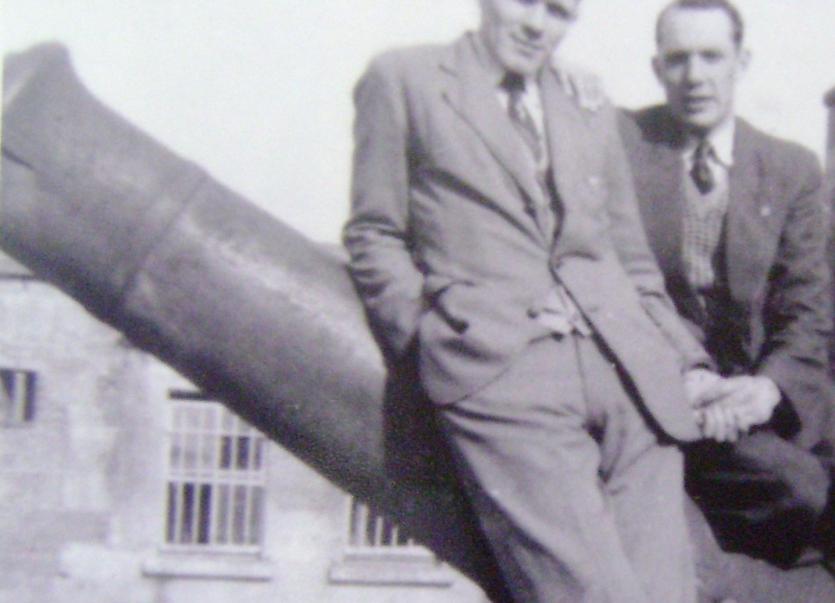 Older residents of Portlaoise will remember the war cannon that stood prominently at the entrance to the local Garda station. It suddenly disappeared in the mid-1950s and, it seems, few townspeople were upset at its removal. Yet many have wondered over the intervening years as to the circumstances of its disappearance and as to where it was relocated.

The answers to these questions were provided at a recent talk in the local library given by a speaker with knowledge of these matters and also of the history of the missing gun. Dr. Paul Huddie, a lecturer in British and Irish history at NUI Maynooth, revealed that the cannon was transferred to Devoy Army Barracks in Naas in 1956 and, after the military base became redundant in the 1990s, it found a new home in the square at Ceannt Barracks at the Curragh Camp where it stands today.

Dr. Huddie revealed that the Portlaoise cannon, known popularly as the Russian Gun, was one of around 3,000 such guns captured by the British and French armies after the defeat of the Russian forces in the Crimean War (1854-’56). These were taken as trophies and many of them found their way to cities and towns throughout the UK and Ireland to commemorate the victory.

Maryborough (now Portlaoise) Town Commission was one of the first corporations in this country to request one of the captured guns. On the motion of Thomas Turpin, seconded by Dr. Pilsworth, the town commission sent a letter to Lord Panmure, the Secretary of War, dated 8 December 1857.

It read: “That this town and county, which bears the name of the Queen’s County, sent numbers of men who fought and bled for their country in the said war. That at this particular moment, when Her Majesty’s advisers are about embodying the militia and raising additional troops to quell the disturbances which so unhappily have arisen in India, a Trophy of some description placed in a conspicuous part of our town would add as a stimulus to many to join the ranks of the British Army and fight the battles of the Country, as their friends and relatives have heretofore done.” (Leinster Express, 10 October 1857)

The request for a war trophy was successful as a report a few months later indicated. “It is contemplated to erect a portico to the Courthouse at Maryborough on top of which the Russian cannon is to be (mounted). The site will be a most eligible one and the trophy, suggestive of such reminiscences of the endurance and valour of the warriors of Great Britain and Ireland, must become an object of pride and attraction.” (Leinster Express, 4 December 1857)

But the location of the war trophy at the seat of justice in Laois did not impress all readers of the Leinster Express.  A letter writer to the newspaper the following week, signed simply “T”, was inflamed with the suggested location.

“I do not think that anything more incongruous could well be conceived than to decorate with artillery a court of justice. If peace and war are diametrically opposed then the last place where the emblems of war are to be displayed should be the temple where justice, the first great blessing of peace, is distributed to society.”

The chairman of the T.C., John McEvoy, a local hotelier, offered to pay for the timber and construction of a wooden gun carriage. It cost £19. The Russian Gun was formally presented to the town and county by Col. Francis Plunkett O’Dunne M.P. of the Queen’s Co. Militia on 27 July 1858, a year after a similar Crimean cannon had been installed in Cork, which was the first in Ireland.

The aspiration of the commission that the public would hold the trophy in highest esteem proved a hollow one. The Russian Gun was located at the Market Square but, a few decades later, the commissioners found that it had become “a perfect nuisance”. All agreed that it should be moved and were satisfied that Mr. Turpin (a solicitor and obviously still influential although not now a commissioner himself) would have no objection to its removal. Mr. Odlum suggested the barrack yard or in front of the barracks as a possible new site.

Mr. Fitzsimons suggested that they “advertise for a contractor to take it down and put it elsewhere or take it away altogether”. (Leinster Express, 8 November 1879)

And so the esteemed war trophy found its way to the barracks, then a military garrison. After the foundation of the Irish Free State in 1922, the British Army moved out and the Garda Siochana moved in and remain there ever since. The Russian Gun also remained there and held a prominent place near the entrance for many years without disturbing the peace.

But it is believed that some genius in high office threw a green eye on the cannon in what had now become Portlaoise and deemed, as the barracks there was no longer a military base, that it should be moved to an army location instead. Hence its move to Naas and on to the Curragh.

A similar gun still stands outside of Carlow Courthouse and there are others still standing proudly in other towns around Ireland which prompted some people at Dr. Huddie’s talk to express the view that Portlaoise should get back its Russian Gun. Perhaps we will hear more on that subject in the coming months.