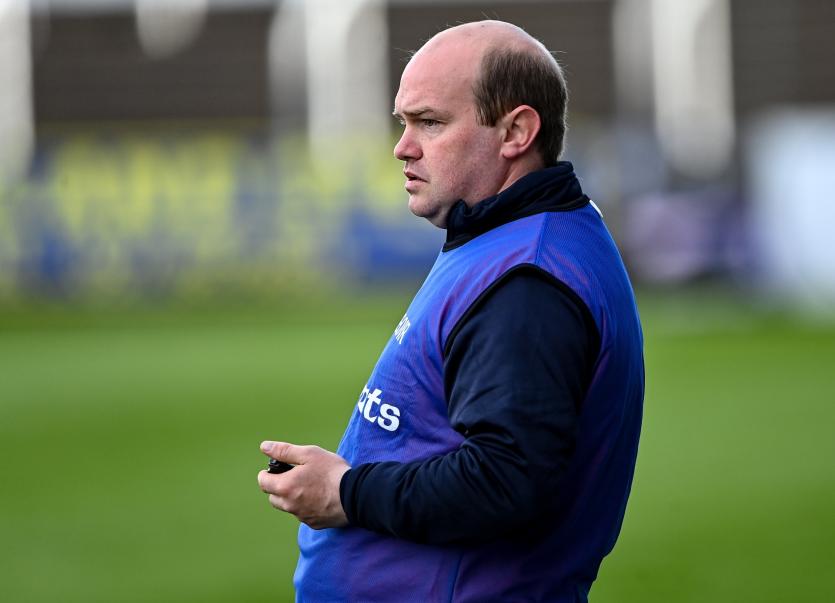 Laois Ladies footballers have the chance to win a National prize on Sunday as they gear up to take on Kildare in the National football league division three final.

Finals are for winning and even though the upcoming championship is the main aim of the group, winning a league title and moving up to division two is a key part of the Laois Ladies football development according to team manager, Donie Brennan.

“From out point of view, our main focus at the start of the year was obviously the championship. Winning the league and not getting out of the group in the championship would be a failure in my eyes

“If we hadn't of made the final, we wouldn't have dwelled on it too much but now that we are there, we have all eyes on winning it.”

The success of any team is based on the players at their disposal and for Brennan and his management team, competition is rife in the 35 player squad.

“That's what we want in Laois Ladies football – to get in the best players in the County and to get get performing at the highest level. To get that collective performance, we need the best players in the County representing Laois. We are 90 or 95 percent there in that regard. Any player playing club football in Laois that is asked to play for Laois, it is an honour.

“If you are going into an Inter County setup, players understand the commitment that goes with it. We have 35 on a panel but only 30 can make a matchday programme. It makes our training very competitive.

“You have girls trying to get into the matchday programme, girls looking to start on the team and you have girls putting their hand up to be in that 16 to 21 slot to be introduced into a game so that competitiveness drives our sessions.
“If we only had 24 players, the trainings wouldn't be as good and there would be very little competition. Every girl in the 35 has role to play for us.”

Momentum can also play a big part and Laois have it in spades. They have already beaten Kildare in the league this year while a sensational comeback against Roscommon in the league semi final has further added to the morale of the camp.

“It has been great to get back at it. When the league started with that game against Kildare there was a great buzz and excitement. Luckily we have been on the right side of a few weeks and it has continued on. We are getting games every week and I think everyone is enjoying that too.

“Even though it was the first match, we put a huge emphasis on it. Even though we went out of the championship last year, we won our last championship match so there was still a bit of a buzz there from that. The girls have carried that momentum on.

“The fact that we finished last year's championship with a win, the girls were eager to get back at it and back training. There is a great team spirit there in the group.

“We would have spoke as a group before the game that Roscommon were going to have periods of dominance. They have been playing at a higher level than us, they were bound to have a good period and it was all about how we were going to react to it.

“We got the answer to that and it was very pleasing to see them finish strong. It would have been very easy to drop the heads when we were seven points down and revert back to old habits creeping back in. We got our tails up, got a goal and next minute we were a different team."

They hit four goals against Roscommon and that was particularly pleasing for the manager and Arles Killeen club man especially following on from their previous game against Wicklow where they created loads of goal chances but the final product eluded them.

“We create a lot of chances in games but we don't finish them. We do a lot of work in training on scoring because at the end of the day you have to score more than the other team to win the game. Its our ability to put the ball over the bar and into the net that is really going to count.

“The day in Wicklow, we just didn't click and when you miss the first two or three, the fourth and fifth are even harder to get. That's sport.

“The first goal scoring opportunity against Roscommon, we got it and the day before against Wicklow was forgotten about. That is a big team in collective sport, you have to move on and every game is going to be different. Even though we scored four goals, we conceded five and that will be an area of focus moving forward."

Star forward Mo Nerney has been in the spotlight for her performances in the league to date and her manager is delighted to have such a talent available to him while also conscious of the fact that she is just one cog in the wheel.

“Mo is a talented player and she is able to get in the right place at the right time. What makes her so good is her application. She is nearly first to every training and last to leave. She does a lot of work away from the group on her own kicking scores and that what counts with regards to her.

"It is her job to score. The other girls are creating the chances and denying the chances for the opposition. There would be nothing going into her if the other players weren't giving her in the good ball.

“She is one of 35 players. Nobody is anymore important than anybody else and we pride ourselves on that.
While they are no strangers to Kildare, Donie Brennan insists that he will be more focused on his own charges rather than getting bogged down on the opposition.

“Laois and Kildare would have played regularly in the last few years and the girls would no each other well at this stage. It could be two completely different games.

“I watched back their semi final win over Sligo and they played in a contrasting style compared to our league game so I don't know what Kildare is going to turn up.

“We know how we will be approaching the game and we will be more about concentrating on ourselves and where we can get the advantages.