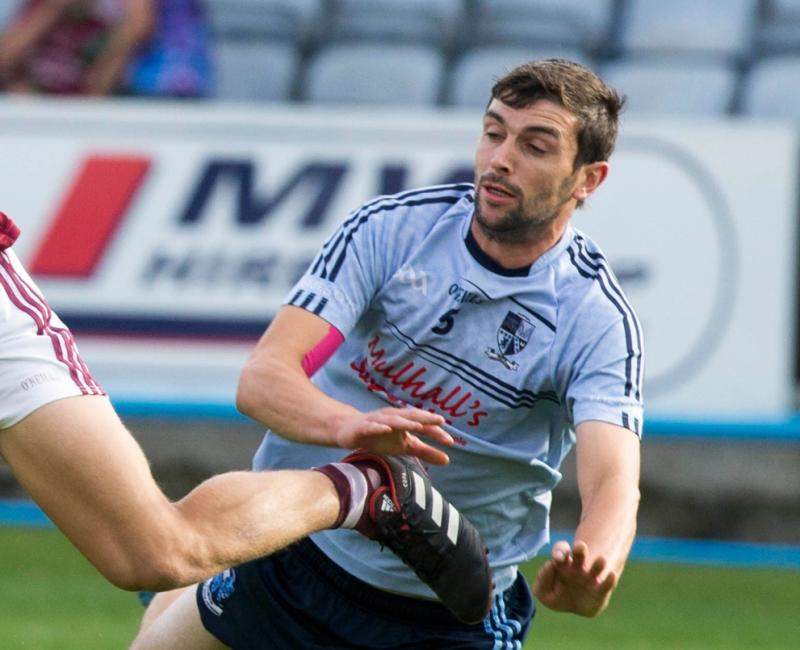 Ballyroan Abbey were the big favourites heading into this Division 3B decider against Rosenallis, after they put up some big scores in the group stages of the league. They lived up to the billing as well, with plenty of young talent on show that helped them cruise to a twenty point victory.

Rosenallis were on the scoreboard in the Centre of Excellence, with midfielder Jack Friel firing over a point straight from the throw-in after playing a nice one-two with Shane Farrell. Ballyroan Abbey responded strongly though, and quickly built up a healthy lead for themselves.

The athletic Davin McEvoy landed their first score, before James McWey sent a perfect crossfield pass to Shaun Fitzpatrick, who fired another between the posts for Ballyroan Abbey. Brian Whelan, who was brilliant throughout, then curled another in off the post after a nice, low ball in from Charlie Whelan was sent into the full-forward.

The goal was crucial for them, as the final was at risk of getting away from them so early on. Jack Friel managed to get a touch and flick a pass to Charlie Friel, and he buried it without hesitation into the top left corner of the net. Paul Maher and Shane Farrell points before the first water break meant Rosenallis only trailed 1-3 to 1-5 despite the early onslaught.

The second quarter of the first half played out much the same, with Ballyroan Abbey on top for the first ten minutes, but Rosenallis responding well in the last five minutes or so. Brian Whelan knocked over two excellent scores from play, and Charlie Whelan did similar straight after, as Ballyroan Abbey stretched their lead again.

Brian Whelan placed over another free, before Rosenallis came right back into it. Charlie Friel fisted over an effort, and then Jack Friel placed over two frees before the half-time whistle was called. Ballyroan Abbey led 1-10 to 1-6, but Rosenallis were giving them a good game of it.

However, the second half wasn’t so competitive. Rosenallis only managed to kick three points, as Ballyroan Abbey’s physicality and fitness came to the fore for them.

Ballyroan Abbey had a goal opportunity straight after half-time, as Shaun Fitzpatrick latched on to a Brian Whelan ball in, cut inside, but his shot was smothered by Paul Egan in the Rosenallis net. Despite that save, the ball was in the back of the Rosenallis goals moments later.

Shaun Fitzpatrick played a slick one-two with Jamie Whelan, before unselfishly picking out Colm Walsh, who was free to tap it into the back of the net. Jamie Whelan added a point and a goal soon after, with his goal a superb strike into the top left-hand corner.

Rosenallis scored their first of the second half after the second water break concluded, with Mark Dunne raising a white flag. Ballyroan Abbey replied with points from James McWey (free) and two from half-time substitute Odhran Delaney, but Rosenallis kept plugging away, with John Hughes and Jack Friel pointing for them.

However, Ballyroan Abbey finished the match in style. Sam Quinn came off the bench to score a brace of goals, as he showed his hunger to start in the Junior ‘A Championship, while Brian Whelan also pointed another beauty.