Ballyroan Abbey are the ACFL Division 5 champions for 2021 after getting the better of Park-Ratheniska in their league final on Saturday night.

They claimed an emphatic win and it was, for the most part, an emphatic performance, although they were probably flattered a little by the final margin thanks to a flurry of scores in injury time.

Either way, they were worthy winners and this win came just 24 hours after they had also gotten their hands on the Division 3 crown, capping a positive couple of days for all involved with the club. Backboned by some of the impressive young players they have been producing over the last few years at minor level, they were just too slick for Park-Ratheniska.

For their part, they certainly put up more of a fight than a twenty point margin would suggest, but they just didn’t have enough at either end of the field to consistently trouble Ballyroan Abbey.

They did do it in spells however, most notably at the start of the first and second halves. They had even taken an early lead, Stephen Knowles slotting over a point with less than a minute on the clock.

Ballyroan Abbey took a few minutes to settle but eventually drew level with a James McWey free, and then went ahead with a point from Ben McDonald. The lead was short lived however as the impressive Noah Fingleton tied the scores at 0-2 each.

Ben McDonald and Odhran Delaney then pushed Ballyroan two ahead but Ratheniska hit back strongly, raising the first green flag of the game. A good team move ended with Stephen Knowles sending Paudie Bourke through on goal and he drilled a low shot past Liam Bannon.

James McWey hit back less than a minute later for Ballyroan Abbey and that left things levelled up at the first water break, 1-2 to 0-5.

Another score from Noah Fingleton briefly edged Park-Ratheniska back in front but Ballyroan Abbey took control after that. McWey curled over a free to bring them level and they moved through the gears from there. Lawson Obular raced away down the right side before blasting a shot to the net for a goal, and they rattled off four points without reply to lead by seven.

Noah Fingleton and Odhran Delaney traded points in the closing minutes, leaving Ballyroan Abbey 1-11 to 1-4 ahead at the interval.

Park-Ratheniska needed to start the second half strongly and they did just that, Fingleton (free) and Darragh Nolan kicking scores to put them on the front foot. They were making life uncomfortable for Ballyroan Abbey during this spell, but they just couldn’t make it count on the scoreboard. Remarkably, Nolan’s point in the 33rd minute would be their last score.

Ballyroan Abbey were even reduced to 14 men when Evan McEvoy was sent off, but it made no real difference to the balance of the game. Just before the second water break Lawson Obular got his second goal, a lethal finish to the top corner, and there was only one winner from there.

The next ten minutes or so was largely scoreless until Ballyroan Abbey caught fire in the closing minutes, adding goals through Davin McEvoy and Jamie Bartley to wrap up a well-deserved win. 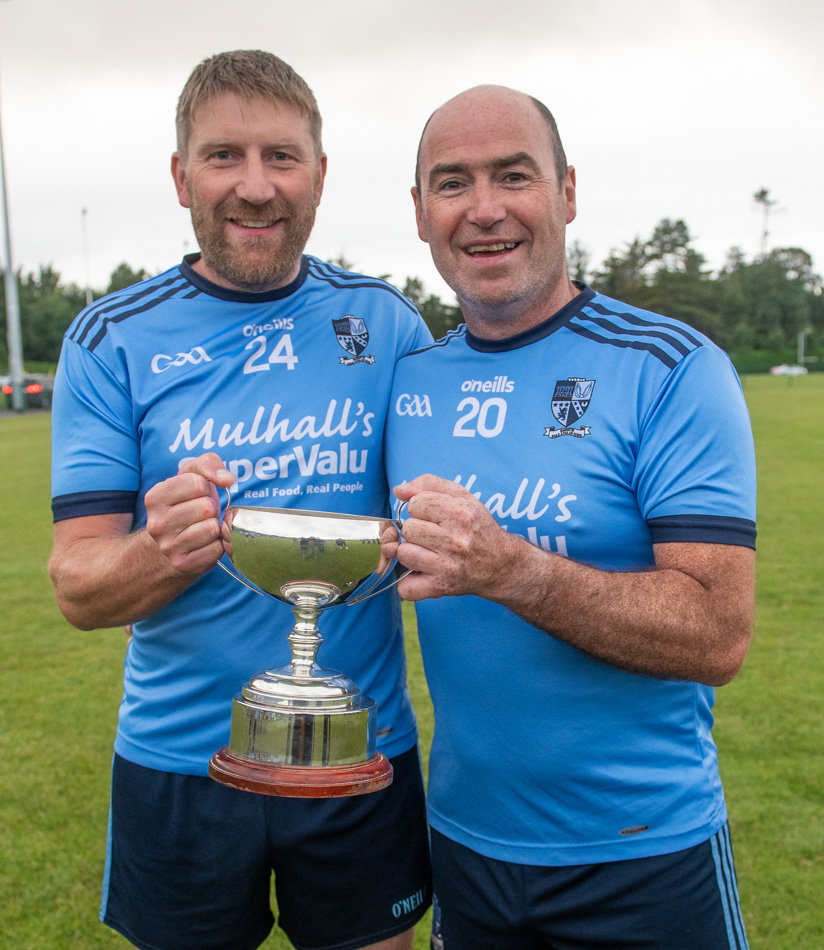