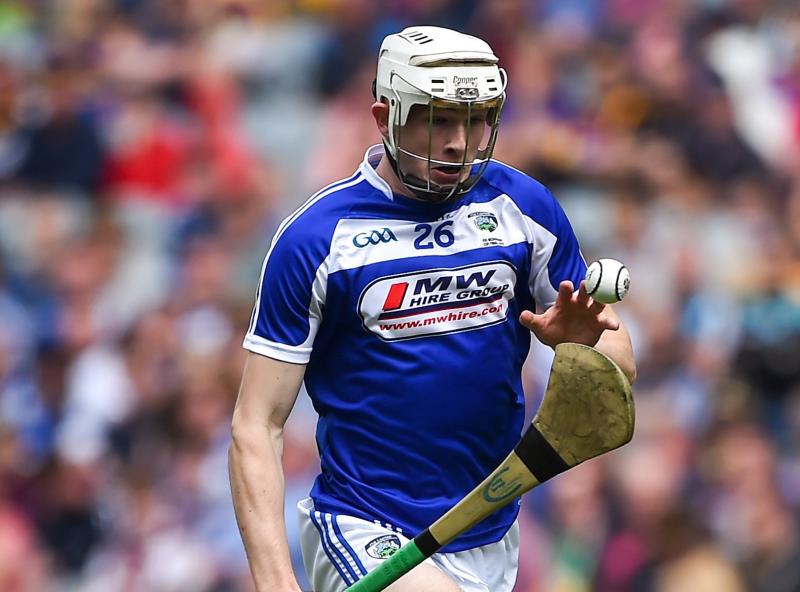 In a thrilling contest from start to finish, Ballyfin edged out last year's relegated Senior side, Ballinakill, thanks to a sublime stoppage time score from midfielder David Connolly. Ballinakill will now need to pick themselves for their remaining group games against Rathdowney-Errill and Slieve Bloom.

Ballyfin began brightly in O'Moore Park, with centre-back Allan Connolly and Eanna Lyons (free) slotting over scores. Ballinakill responded strongly though, as a Michael Moran point was followed by the first and only goal of the match.

It went Ballinakill's way, as a fine block from corner-forward Cian O'Shaughnessy turned the sliotar over, and TJ Lalor picked it up and sent a rocket to the top left corner of the goals.

Ballyfin remained undeterred by this goal, as they fired off four straight points to regain the initiative. Gareth Dunphy knocked over two frees, Eanna Lyons also converted a free, while Richie Downey grabbed a point from play during this spell.

TJ Lalor and MJ Dunphy (free) fired over points in reply for Ballinakill, as Ballyfin were finding it difficult to curb Cha Dwyer's influence on proceedings. Ballyfin wing-back Kevin O'Rourke levelled the affair, but a sublime score from Cha Dwyer before the first water break meant Ballinakill led 1-4 to 0-6.

The second quarter of the first half was the most entertaining part of the game, as both sides showed off their scoring prowess. Cillian Rowney and Sean Downey swapped scores from play, before Eanna Lyons landed a beauty from a sideline cut.

Ballinakill knocked over three points on the trot then, with MJ Dunphy, Cha Dwyer and TJ Lalor raising white flags for them. Ballyfin hit straight back though, with David Connolly, Eanna Lyons, Darragh Connolly and Gareth Dunphy (free) points getting them back on level terms.

Ballinakill's Gearoid Lynch struck over a lovely score to put them ahead again, and MJ Dunphy knocked over another free. However, two Gareth Dunphy points from placed balls before half-time left the scores even at 0-14 to 1-11.

In the second half the scores slowed down, as both teams had spent a lot of their energy in that end to end first half. Ballyfin's Gareth Dunphy pointed twice from frees in the third quarter, with Richie Downey and Shane Conroy also on the scoreboard. Ballinakill raised white flags from MJ Dunphy, as he converted three frees to leave them one point behind.

Cha Dwyer fired over three points at the start of the fourth quarter, and he also set up his goalkeeper, Paul Simms, to score a rare point from play as well. Ballyfin kept ticking over though, with a David Connolly score being followed by two more Gareth Dunphy frees.

As we entered the final few minutes, it looked like Ballinakill would salvage a draw after MJ Dunphy landed two points from placed balls to level it again in O'Moore Park. However, the stage was set for David Connolly to fire over the winner, as Ballyfin took the points on offer.