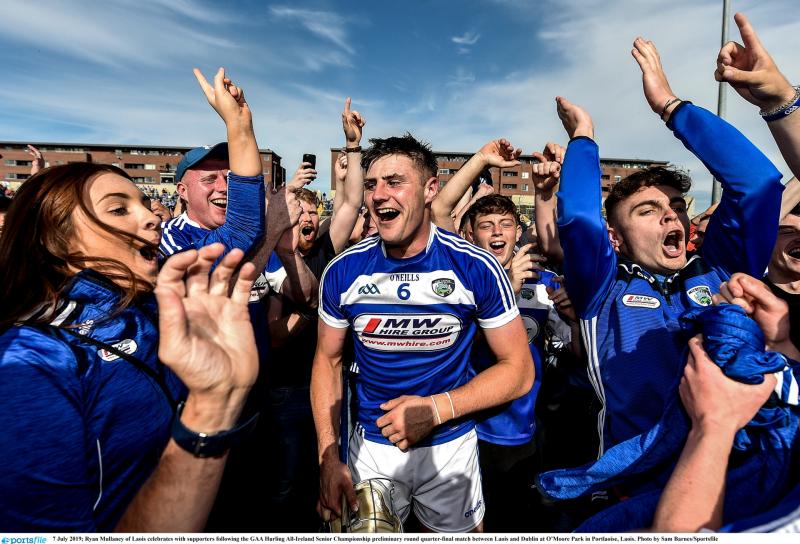 Ryan Mullaney was a key man for Castletown on Saturday evening

Castletown opened their Laois SHC campaign with a hard-fought win over Rosenallis in O’Moore Park on Saturday evening.

Trailing at half time and struggling for form, especially in front of goal, they moved through the gears in the second half and ran out worthy winners.

Ben Reddin’s early goal had given them the advantage in the opening ten minutes, but Rosenallis eventually reeled them in, thanks to some fine shooting from Ronan Murray and Donagh Callaly.

Conor Phelan kept Castletown ticking over with a couple of nice points but a run of three points without reply either side of the water break had Rosenallis back level.

They just about shaded the rest of the half too, with a late double from Castletown’s John Gaughan keeping them hot on their heels, 0-10 to 1-6 the score in Rosenallis’ favour at the break.

Joe Phelan drew Castletown level on the restart but a Brian Fitzpatrick double kept Rosenallis ahead. Castletown needed to get something going and they finally managed it in the 41st minute, as Conor Phelan’s third point was the catalyst for a much-improved performance.

Rosenallis got back within two on a couple of occasions, but Castletown finished the game out impressively with three unanswered points from Tadgh Cuddy, Ben Reddin and Loughlin Hegarty to wrap up the victory.