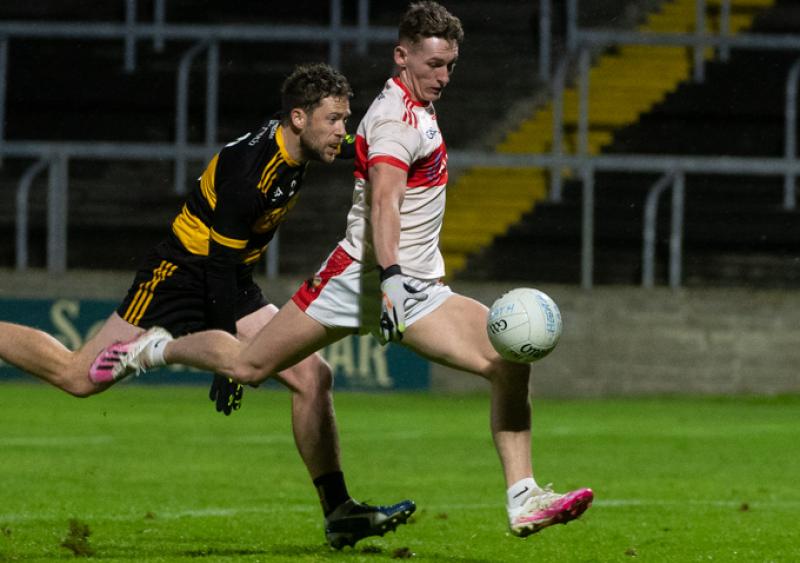 There was high drama in O'Moore Park on Saturday night as Emo struck late to break the hearts of The Heath. With the winner advancing in the championship and the loser heading for a relegation play off, the stakes were massive.

The Heath led by two points with four minutes to go but a late Paddy Hosey goal proved the crucial score as Emo fought back and advanced.

The momentum ebbed and flowed throughout the game with both sides having their dominant stages.

Emo got the perfect tonic as early as the third minute when Padraig Kirwan, playing in a roving corner forward role, popped up close to goal and rattled the net the opening score of the game. Before The Heath knew where they were, they were four points down with Paul Lawlor opening his personal tally with a free.

Daithi Carroll eventually got The Heath off the mark on six minutes with a superb point from all of 30 metres. Paddy Hosey and Cathal Whelan exchanged scores before the 10th minute but it was the Emo men who looked more of a threat going forward.

With conditions greasy under foot and rain spitting around, conditions were not set up for free flowing football. Nigel Murphy finished off a fine team move with a point for Emo on 13 minutes but another Cathal Whelan free just before the water break left it a one score game - 1-3 to 0-3.

The Heath benefited from that mini water break and while Daithi Carroll was unlucky to see his shot come back off the crossbar, Robbie Ging was on hand to salvage a point. Throw a James Phelan point off the left foot into the mix and with five minutes left to have time, Emo's lead was down to 1-4 to 0-5.

The Heath must of have hoped the half time whistle would never come as they really kicked on and took charge of the game. Two brilliant points from Neil Keane either side of a second point for Daithi Carroll meant they kicked the last five scores of the half to go in at the break leading by a point - 0-8 to 1-4.

Just as The Heath needed the first half water break, half time was the tonic that Emo required as they came out in the second half and began to take back control.

Paddy Hosey landed a free on 37 minutes to level the game before two sublime points from Nigel Murphy, one with the outside of the boot, put Emo back into a 1-7 to 0-8 lead with 19 minutes to play.

The Heath brought it back to the minimum again through a Daithi Carroll free but by the time the second water break came around on 46 minutes, Emo had stretched their lead to three with Jack Owens kicking the score of the night from distance and Paddy Hosey landing his third.

The game was far from over though as The Heath refused to wilt. Led by the outstanding Daithi Carroll, they carved back the lead with Carroll landing two and substitute Conor Booth nailing a free on 54 minutes to bring the game back to level terms.

With their tails up and indiscipline costing Emo, The Heath took back the lead with another Conor Booth free and we were set up for a pulsating finish.

By the time Carroll kicked his sixth point of the night on 56 minutes, The Heath were two up having kicked five scores in a row.

There was even more drama to come as with a minute of normal time to go, Paddy Hosey snuck in along the end line and squeezed the ball to net to put Emo into a 2-9 to 0-14 lead. In the aftermath of that goal, Paul Lawlor and Denis Booth got involved in a bit of afters and while there didn't look to be a whole lot in it, Maurice Deegan showed both men a straight red card.

Darren Strong put them two in front in the early stages of injury time before Padraig Kirwan earned himself a black card for a deliberate pull down. Robbie Dowling got a point back for The Heath but they ran out of time and Emo survived for a win by the minimum. 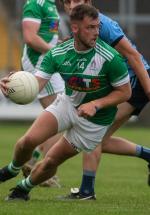