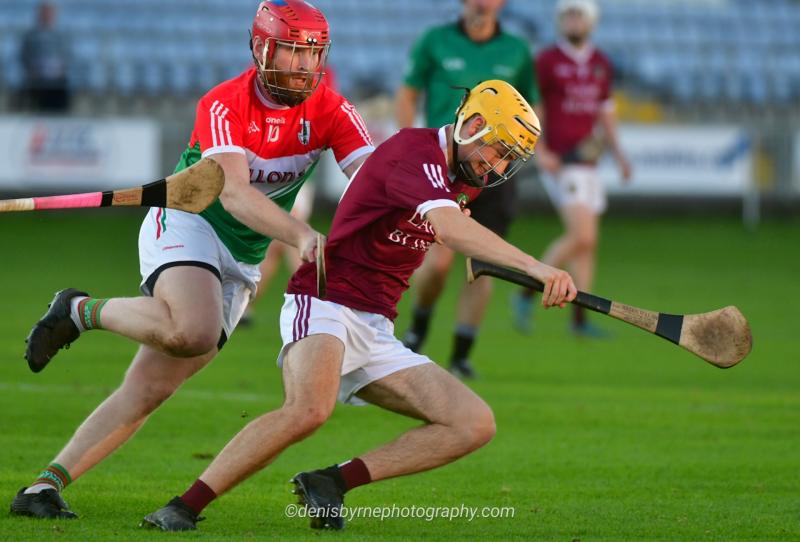 Ballinakill are through to the semi finals of the Premier Intermediate hurling championship after they picked up a six point win over Clonaslee on Saturday evening.

They were the better side over the course of the game but an early goal for Clonalsee coupled with another in the final 10 minutes kept Ballinakill on their toes.

Cha Dwyer led the way in the scoring charts with Lir McDonald, Seamus Fitzpatrick and Padraig Lawlor also to the fore.

Clonalsee kept going to the end. Thomas Tynan made outstanding saves in both halves while Liam Senior was always a threat going forward.

It was the Cha Dwyer show in the early stages as he hit Ballinakill's opening four scores to put them 0-4 to 0-1 up after seven minutes. Dwyer landed one from play, a sideline cut, a '65' and a free to get Ballinakill off on a strong footing.

Clonaslee were fortunate to get a goal a minute later to fire themselves right back into the game. A long delivery in was contested by John Rowney and Ballinakill keeper Paul Simms with Rowney getting a touch and raising a green flag to level the game.

Paddy Hyland was lively early on and his second of the evening put Clonaslee in front for a brief spell before Ballinakill hit them hard before the water break.

A point from Gearoid Lynch was followed up by two goals in the space of three minutes that really gave the Ballinakill men some breathing room.

Clonaslee keeper Thomas Tynan had made a superb save from Eddie Dwyer but with the play called back for a free on the 25 metre line, Cha Dwyer stood over it and rifled a low shot to the corner of the net.

Three minutes later and with the last puck of the ball before the water break, Ballinakill went 2-5 to 1-3 in front with Eddie Dwyer making up for his earlier miss. Again, Thomas Tynan saved his shot but the power behind the shot proved too strong and the momemtum of the ball carried it over the line despite the fine save.

DJ Callaghan did reply with a free just after the water break and added one from play but at the other end, points from Laois star Cha Dwyer and Seamus Fitzpatrick gave Ballinakill a 2-7 to 1-4 lead after 23 minutes. The final seven minutes or so of the half didn't produce any scores and Ballinakill went in at halg time with a six point lead.

Clonaslee needed a bit of early second half momentum and they got it with the opening three points of the second half through Liam Senior (free and '65') and a fine long range effort from Michael Hyland. Once again, Thomas Tynan made a top class save at the other end from TJ Lalor and the gap was back to three.

Lir McDonald got Ballinakill motoring with their second half opener on 38 minutes before a long range free from Sean Downey brought about a five point gap with 20 minutes left.

Clonaslee were keeping the pressure on and a DJ Callaghan free brought the arrears back to four at the second half water break.

Ballinakill upped the ante after the water break as points from Padraig Lawlor, Jamie Drury and Seamus Fitzpatrick looked to have them cruising at 2-12 to 1-9 with under 10 minutes to play.

Clonaslee had other ideas and a rasper of a goal from Liam Senior eight minutes from time brought the Clonaslee men back to life.

Crucially though, Ballinakill got the next score with Cha Dwyer stepping up to the plate an firing over to make it a two score game with a four point lead. TJ Lalor followed that up with his first of the evening and Ballinkill now had a five point lead with under five minutes to play.

Dan Bergin closed out the scoring in the 60th minute to earn Ballinakill a six point win and a place in the semi finals.