Camross power through the gears to dismantle Castletown 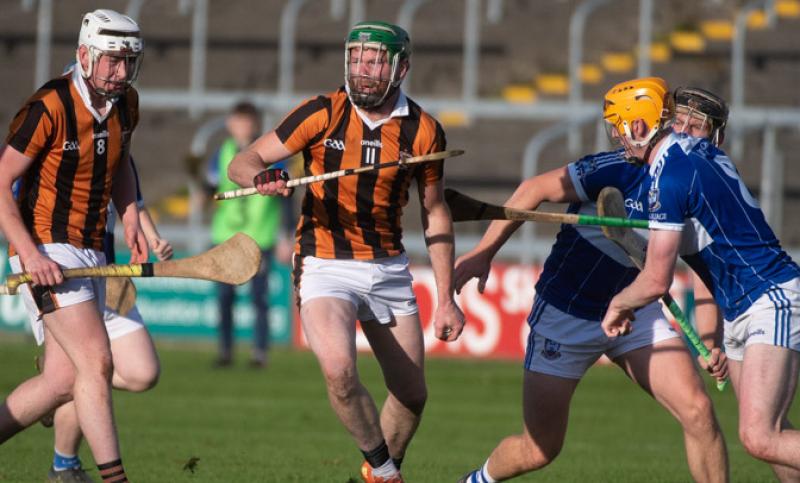 Camross made a serious statement of intent in O'Moore Park on Sunday afternoon as they brushed aside the challenge of Castletown to move into a semi final clash with Borris-Kilcotton in two weeks time.

They dominated the game from start to finish with Zane Keenan leading the way at centre forward. Their greater scoring power was evident on the day and 1-24 over 60 minutes is excellent shooting when you factor in that they also left a lot of scores out there.

Having not made the knockout stages last year, this was a big win for the Camross men and on this form will take beating. Their bench is also very strong with the likes of Craig Carroll, Eoin Gaughan and Darren Drennan all making an impact when introduced.

Camross started the game the stronger and Darren Gilmartin fired over the opening score after just 45 seconds. Tadgh Cuddy equalised but Gilmartin landed his second to edge Camross back in front.

Camross then put some daylight between the sides and went 0-5 to 0-1 in front b the seventh minute with the pick of those a long range score from Odhran Phelan and the score of the say from David Mortimer from a tight angle.

Castletown knuckled down and scores from Conor Walsh and Conor Phelan got it back to a two point game. Gearoid Burke and Conor Phelan with his second, exchanged scores before Camross had the ball in the net.

Mark Dowling batted the ball to the net after Zane Keenan sent in a long delivery but the umpires called in referee John Lalor and indicated that the ball had gone wide before Dowling managed to get a connection on it.

Zane Keenan notched a free before Martin Phelan responded as Camross held a slender 0-7 to 0-5 lead at at the opening water break.

Ryan Mullaney brought it back to a one point game with a long range free on 20 minutes but that was to be the last score from Castletown in the opening half.

Camross put on the after burners until half time. Two from Zane Keenan and another from the impressive David Mortimer put them 0-10 to 0-6 in front on 25 minutes before three more placed balls from Zeenan and an injury time point from Mortimer, his third, put them 0-14 to 0-6 up at half time.

Gearoid Burke extended the Camross lead early in the second half with a long range free before Castletown began to eat into the lead.

Dylan Conroy and Conor Paohelan fired over before Martin Phelan had a great goal chance but his shot flew over the bar to make it 0-15 to 0-9.

Keenan again nailed a free before Martin Phelan and a rousing score from Ryan Mullaney from distance left it poised at 0-16 to 0-11.

Then, just before the water break, a scramble in the Castletown penalty area resulted in a foul and a subsequent penalty for the Camross men. Zane Keenan took it and while John Paul Bennett saved in brilliantly, Eoin Gaughan got in for the rebound.

Keenan and Darren Drennan stretched the lead even further before the 50 minute mark and they were now cruising at 1-19 to 0-11.

The final 10 minutes petered out with Camross adding scores from Keenan (two), while Andrew Mortimer got a fine score as he raided up from wing back to finish off a convincing 15 point win.