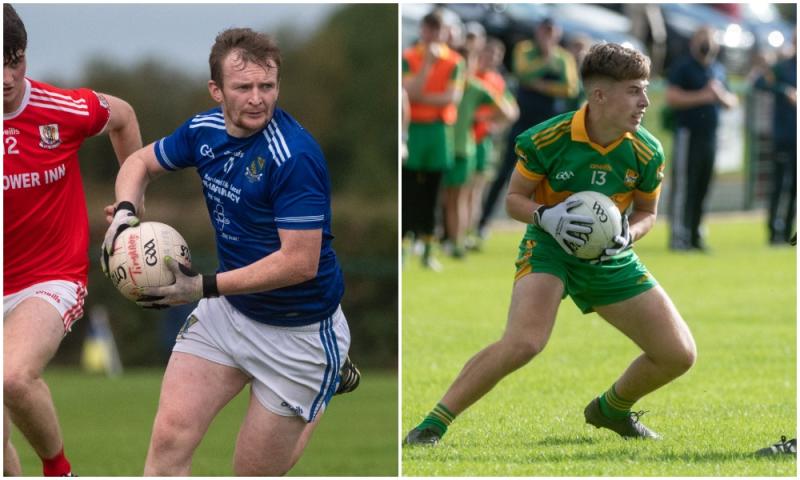 Park-Ratheniska and Mountmellick will square off in O'Moore Park on Friday night with the Intermediate football title for 2021 on the line.

For five years following their relegation from Intermediate football ranks back to Junior ‘A’ level, Park-Ratheniska suffered heartbreak after heartbreak at that grade. In their first year back at Junior ‘A’ ranks in 2015 following relegation, they fell to eventual winners Barrowhouse in the semi-final.

In 2016, they lost out narrowly to Rosenallis in the final, who’s success as a dual club has been extraordinary ever since. In 2017, Park-Ratheniska were defeated in the semi-final by eventual champions St Joseph’s. In 2018 it was a similar story, as Annanough got the better of them at the semi-final stage and went on to win the competition as well.

Another agonising semi-final defeat, this time to Castletown, followed in 2019, before Park-Ratheniska finally got over the line. They defeated Portlaoise’s third string in the rescheduled county final after restrictions were eased, and finally returned to Intermediate level.

While many would have considered staying up at that level a success for Park-Ratheniska in their first year back, their manager Kieran Kelly, his backroom team, along with the players, had more ambitious goals.

Park-Ratheniska were drawn against their neighbours, Timahoe, in an enticing meeting between two clubs who hadn’t played each other since the 1990’s. Added to that was the fact that their hurlers amalgamated recently enough under the club Park-Ratheniska/Timahoe, and this was one of the headline acts in the opening round of the entire Laois championship.

The game didn’t quite live up its build-up though, as Park-Ratheniska hammered their neighbours by seventeen points. That victory got them up and running, and they followed that up with another huge victory over Crettyard.

Park-Ratheniska had to wait four weeks for the semi-final to come around, but it was another intriguing clash of styles between them and recently relegated, Arles-Kilcruise. In front of a massive crowd in Stradbally, Park-Ratheniska managed to hold off a spirited comeback from their opponents to book their spot in the final against Mountmellick, a team many fancied to finally win the Intermediate championship this season.

Mountmellick, under the guidance of former player Gordon Lalor, have also been very impressive in reaching the final. They have been stuck at Intermediate level since 2018, as they have failed to perform in big finals and semi-finals.

However, they look rejuvenated this season and will probably go in as slight favourites on Friday evening. Mountmellick edged past Arles-Kilcruise in the opening round, before obliterating O’Dempsey’s second team in round two.

They met Timahoe in the semi-finals and scored four goals in that one on their way to victory. With Eoin George back for Mountmellick this year, along with the likes of Finn Culleton, Colm Coss and Niall Mullen all in the forward line, they are scoring more freely than previous years.

They will be hoping that Gearoid Hanrahan is fit to play a part in the final after he missed the last two matches. For Park-Ratheniska, they will likely be without Brian Fingleton, after he picked up a nasty injury early in the semi-final win.