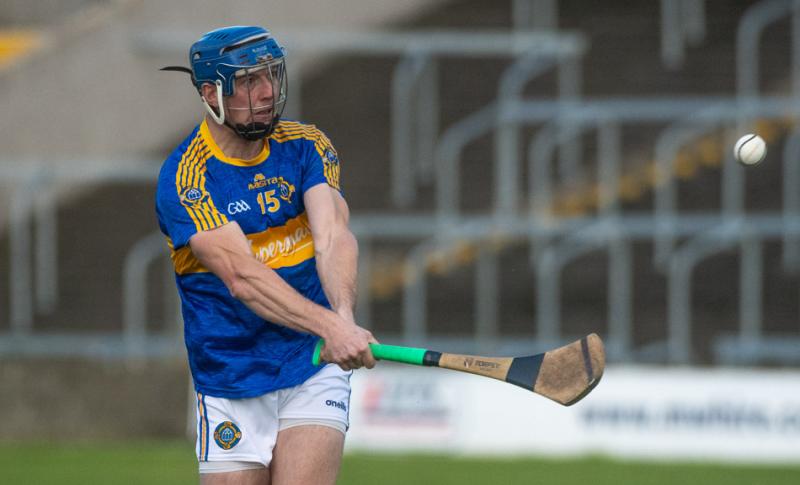 Clough-Ballacolla and Borris-Kilcotton have hit the scoreboards hard during the 2021 championship but hurling a County final in November is not usually noted for high scoring classics.

Clough-Ballacolla Captain Stephen 'Picky' Maher is of that opinion and insists that Sunday's final could be more of a slog than a shootout.

“The last few weeks has been a slog and you an feel it in the legs now. Even the ball feels a lot heavier when you're striking it. It's going to be all on the day. There will be a lot of tough battles out there and a lot of dirty ball.

“The team that deals with the conditions the best and wins the dirty ball could be the team that comes out victorious on Sunday.

“Both teams have been scoring freely but in the early stages of the championship the weather was good, the ball feels a lot lighter and it's zipping across the ground. Scores can be got a lot easier whereas now scores are harder come by, you have to work a lot harder for them and every one of them is crucial.

“Defences wins you matches and the forwards decide by how much. If we can set up strong defensively, it will leave us in a good place and see how the match goes then I suppose.”

There is an added incentive for Clough-Ballacolla also. Not only could they win two County titles in the space of under three months but putting back to back titles together is something they have never achieved and Maher admitted that it is a huge incentive to the panel.

“It would be unbelievable. We have always said that it is great to win one but it takes a special team to go back to back. We have had a couple of chances ourselves at it over the years but we have never done it.

“It is something you would be thinking about but it is just another County final and you can't be looking at the bigger picture just yet. We will take Sunday as it comes and try beat Borris-Kilcotton.”

The ace forward was also quick to pick holes in the argument that they came through a more straight forward group to get to the knockout stages and believes that their immense semi final win over Rathdowney-Errill will have them ready for battle having came from behind with 14 men to win the game.

“You hear that in the media and from reporters but you can look at it with two points of view.

“At the end of the day, we are after having a tough game against Rathdowney-Errill in the semi final so that game will stand to us.”

The Laois sharpshooter was happy with the short turnaround from the end of the 2020 championship to the start of this campaign and cited momentum as a big thing but also believes that the short gap between championships will help their opponents on Sunday.

“Everything has come thick and fast. We got straight back into it, there was no down time or rest period and you just had to look forward and take no one for granted.

“Momentum has carried on for us so it has been good for us.

“It was a big boost for us that there wasn't a big break. The feel good factor stays with you and it was probably a good thing for Borris-Kilcotton as well because they haven't been waiting a half a year or something like that thinking about what went wrong.”

With crowds now back at games, Maher is delighted that the buzz is back in the GAA and pointed to their semi final win as an example when the Clough-Ballcolla crowd were in fine voice as their team battled back from the brink to make the final.

“There is no comparison. It's great, even in the semi final against Rathdowney-Errill when we would get a score, the crowd were going wild and it gives you a bit of lift. We needed that the last day too what with being behind and a man down. It was probaly the loudest I have ever heard them.”

With such a tight net of clubs all around a 10 mile radius, familiarity comes with the territory. Picky Maher thinks it can be hard at times to go back and be playing the same clubs year in year out but doesn't get too bogged down on the structure of the championship.

“It's difficult to be honest. We have played them (Borris-Kilcotton) a lot of times and even in the 2020 final a few months ago. They would have given us a few big beatings over the years as well so the final has been the only real win we got over them in the last while. You could be playing any team so you just have to get on with it.

“With a lot of Counties, the same teams are always playing each other and than can be difficult. It's different with practice matches in other counties, they know nothing about you and you know nothing about them. There are pros and cons I suppose and that's the way the championship is structured, we just have to get on with it.”