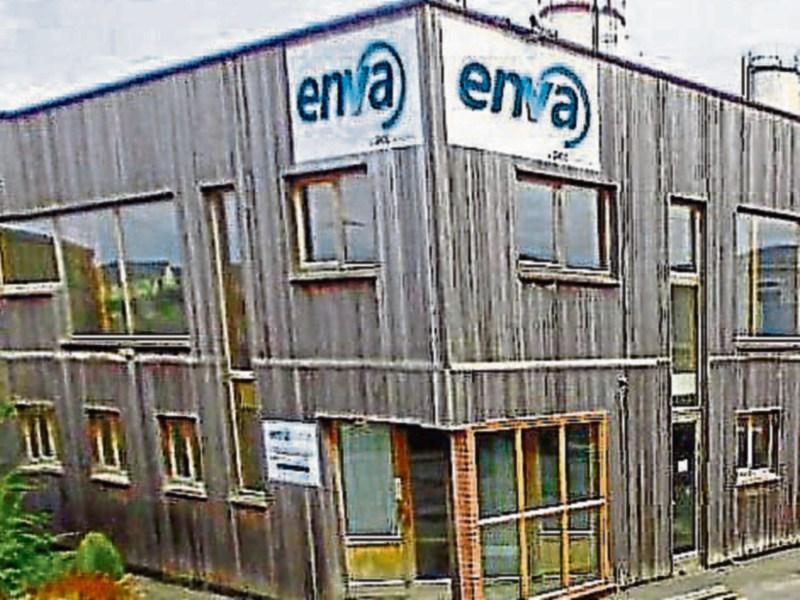 A Portlaoise oil recycling plant which was prosecuted successfully by the Environmental Protection Agency (EPA) in 2015, has failed another compliance test for odour and been subject to several complaints by residents over emissions from the plant.

Enva, which is located near Clonminam Business Park and reprocesses hazardous waste oil, was prosecuted in 2015 by the EPA in the wake of a RTÉ PrimeTime Investitages report.

The company, which was provisionally granted a new licence last November by the EPA, pleaded guilty to a number of counts of non-compliant odour emmission exceeding its licence a year earlier in Portlaoise District Court.

However, a test carried out by the EPA last December confirmed another failure. The inspection was carried out on foot of a complaint from the public.

While the company does not yet have a new licence it has begun the process of applying for planning permision for a new emissions pipe to facilitate a Regenerative Thermal Oxidiser - a type of emissions incinerator.

Residents in the area have appealed the granting of a licence on several fronts. They say the odour problem has never been properly addressed and argue that the the company has not published full details of what is contained in the emissions that causes the smell.

An appeal to the new licene lists several reports of odours from residents since the 2015 court case. The ESB and the Gas Board have also reported smells.

The residents say there have been problems with the plant for many years and they do not believe Enva intends to address these.

Enva said it has has taken steps to address problems.

“We understand that the EPA have conducted a significant number of odour surveys during 2016, all of which resulted in only this one instance of a nuisance odour being attributed to Enva.

“In addition, Enva have engaged RPS Environmental Consultants, who carried out over 700 odour surveys over 164 days during 2016 where no nuisance odours were detected attributable to Enva.

“Enva have implemented a wide range of interim odour abatement measures while we await approval from the EPA for the permanent odour abatement equipment proposed (i.e. installation of a Regenerative Thermal Oxidiser to which the proposed new stack relates),” said a statement.

In a statement to the Leinster Express, the EPA made no reference to its own new finding of a failed compliance for odour in 2016, or any complaints from the public that lead to the failure.

No reference was made to any penalty that might arise or if the EPA would go to court. It only said that: “A number of local residents have advised that their experience of odour in the area of Clonminam Industrial Estate has improved.”

It said that in January 2016, the EPA initiated a review of Industrial Emissions Licence prompted by Enva Ireland Limited’s proposal to install new air emissions treatment equipment at the facility to abate potential odorous emissions from its oil treatment process and to facilitate full public participation in the EPA’s decision-making process.

It said the licence review is ongoing and has allowed for an environmental assessment of all aspects of the activities at the facility to be completed by the EPA.

All correspondence in relation to the licence review is published to the EPA website as part of the process. A final decision will issue before May 11.