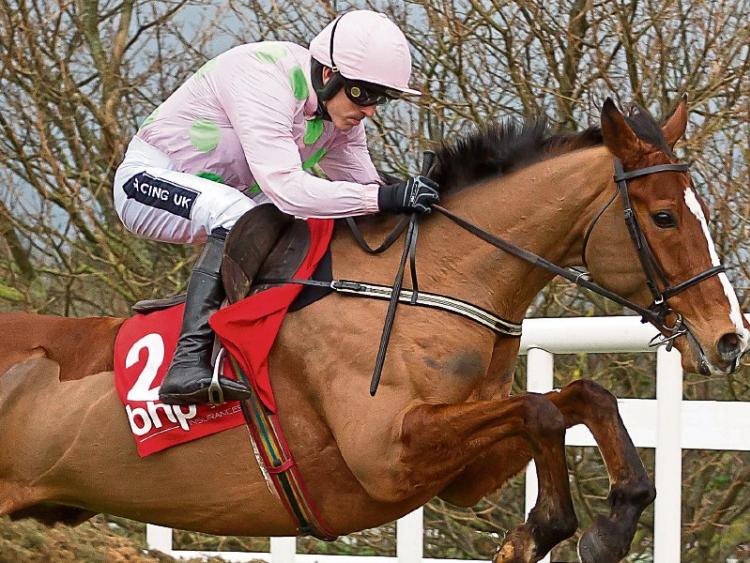 It’s been a weird week thus far. After the bookies cleaning up on Tuesday, we were just grateful to get racing in any shape or form come Wednesday given the winds threatening to have the day postponed.

But racing did go ahead, and thankfully, we got some cracking races. Unlike Tuesday, there were actually some close-run things, too – including good showings to land us each-way money on Brio Conti in the Coral Cup (10/1) and Josie’s Orders (9/1) in the Cross Country.

Wednesday doesn’t look like a favourable punters’ day given the lack of short prices in the early shows, but there’s plenty of value to be found if you dig deep enough.

There’s plenty of chances here, but the intriguing storyline is between the two market principles, as boring as it seems.

The third-favourite in the market, Real Steel, was passed over by Ruby Walsh in favour of a double-digit fancy and while Vinndication and Kildisart are hardy, the quality in the race is at the top end – with the only danger coming if those two take each other on from a way out.

Defi Du Seuil has been backed out the gate since choosing to come here over the Arkle, and his head-to-heads with Colin Tizzard’s Lostintranslation will now have a final chapter with the scores tied at one.

The former leads the market, but the latter takes my interest, given that he beat him both on better ground (it was soft in Sandown; the ground is drying out at Gloucestershire) and beat him at Cheltenham, with Hobbs’ favourite preferring right-handed tracks.

Side with Lostintranslation (7/2) to get your day off to a flyer.

It’s easy to be drawn towards Sire Du Berlais for JP McManus given he flew home in a qualifier at Leopardstown. It’s true that a mark of 145 may be lenient, but there’s another equally-well-treated sort further down the market.

There aren’t too many shrewder with handicap placement than ‘The Doctor’ and Richard Newland’s Abolitionist (16/1) has a huge chance after exploiting a very soft hurdle mark at Aintree in November.

He stays like a dream and the ground drying out gives a real confidence boost.

It’s yet to be seen if market principle Footpad is fully over his fall at Naas at November as he was headed by a far inferior rival at Leopardstown at Christmas.

Road to Respect could easily have gone to the Gold Cup, but they’ve opted for 21f instead. I’m not sure this trip will suit and he’ll really have to set a strong pace early on if he’s to get the best of these horses in behind who possess more gears.

Monalee’s tactics are unknown at this point, so it’s hard to take him on trust, and with Cheltenham favourite Un De Sceaux now an 11-year-old, the pen circles around Frodon (15/2).

There might not be a horse in training who responds as well to a given jockey as Frodon does to Bryony Frost, and he just doesn’t stop improving. If this race’s ratings were anything to go by, he’d be a shorter price, but perhaps he doesn’t get the respect he deserves.

Hopefully this is the one.

It’s true that Paisley Park is the most-likely winner of this race and the prices certainly reflect that, but only one favourite has won this since Big Buck’s retired and it’s hard to be enticed at 2/1 or an SP that will probably be shorter than that.

That is, of course, is the sentimental money doesn’t come for Faugheen (4/1).

Once the best horse in training, his journey back to resembling his once-great self has been bumpy, but there were signs in the Christmas Hurdle that he was back to performing at a high level if he can be switched off.

He’s very much the apple of Willie Mullins’ eye and if he thinks this trip gets the best out of him, then that’s good enough for me.

This might genuinely be the toughest race of The Festival to analyse.

There’s a few on really nice marks, but they either want it softer or have question marks over their fitness.

A few years ago, River Wylde (12/1) won the Supreme and Henderson said he’d always make a better chaser. Falling at the last, he was well on his way to making it a successful return, and 150 looks a workable mark.

He’s also got the best pilot in the game on his back in Nico de Boinville.

The disparity between the market leader for JP McManus and the remainder of the field in terms of price is startling.

While Epatante could easily be the pick for many reasons, it’s hard to quantify her form and for that reason, the 2/1 around now is too short to get involved with.

For that reason, we’re onside with Posh Trish (13/2) for Paul Nicholls.

She has won all round her and notched another graded win at Taunton over the winter. She gives away five pounds to her rival for age allowances, but given mares are temperamental, it’s often not the weight but the mindset that decides if they win or lose.

Gordon Elliott has a really strong chance in this race, with a lot of fancies, including the 9/2 favourite measureofmydreams.

Indeed, his mark of 137 is potentially underrating his exploits and getting the services of Jamie Codd is a massive bonus, but at a bigger price, I’m happy to side with Just A Sting (14/1) for Harry Fry.

He landed back to back chase victories at Uttoxeter and Exeter respectively, and while he needs to get the ground to dry out a bit more, he’s overpriced given he clearly has more to give. Particularly off 137, as his mark stayed the same after a poor ride from Noel Fehily saw him finish 3.5 lengths behind Adrien Du Pont at Kempton.