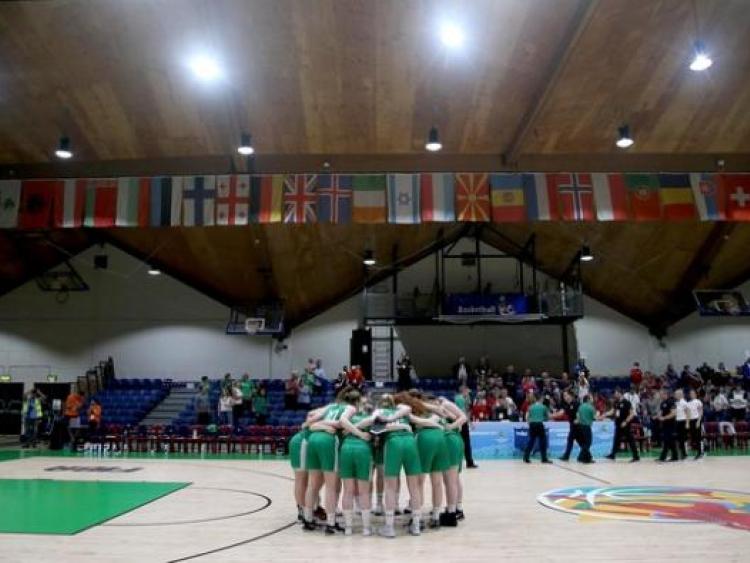 The Ireland U-20 women basketball squad in a huddle

Further positive news is coming the way of Portlaoise Panthers, as some former and current players will be out representing Ireland.

As reported last week, James Gormley was another Portlaoise Panthers player who represented Ireland in the at U-20 Men's basketball level in the European Championships.

You can read more about how he got on HERE.

There will be another quarter of women raising the Irish flag high for Portlaoise Panthers, and you can read more about the four members linking up with the Irish Masters Basketball side for the Championships HERE.

Another four Portlaoise Panthers U-17 will also be in action this weekend, and you can read more on who they are and their timetable for the upcoming weekend HERE.

Those four U-17 girls have been inspired in recent years watching some of the most skillful athletes come through the ranks in the age grades ahead of them.

Amy Dooley, Claire Melia and Maeve Phelan are former and current Portlaoise Panthers stars who have been making headlines nationally lately, and they're set for further international action.

Dooley has been over in America for a while, as she was snapped up by Hobart & William Smith College and has taken her game to a new level over there. Melia is also based stateside where she lines out for St Joseph's University in Philadelphia. Phelan is studying a bit closer to home in DCU, and is currently on the basketball books for Dublin outfit Pyrobel Killester.