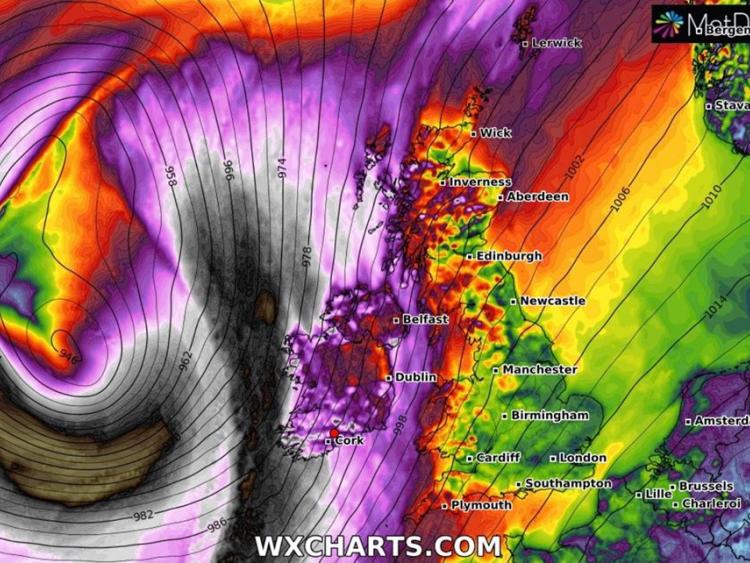 In a post on Sunday, Weather Alerts Ireland states that both ECMWF and ICON EU models show severe winds for Ireland tomorrow as Storm Brendan pushes towards Ireland.

After the prediction was made, the storm was upgraded to Status Orange for all of Ireland on Sunday afternoon after a Status Red marine warning was declared.