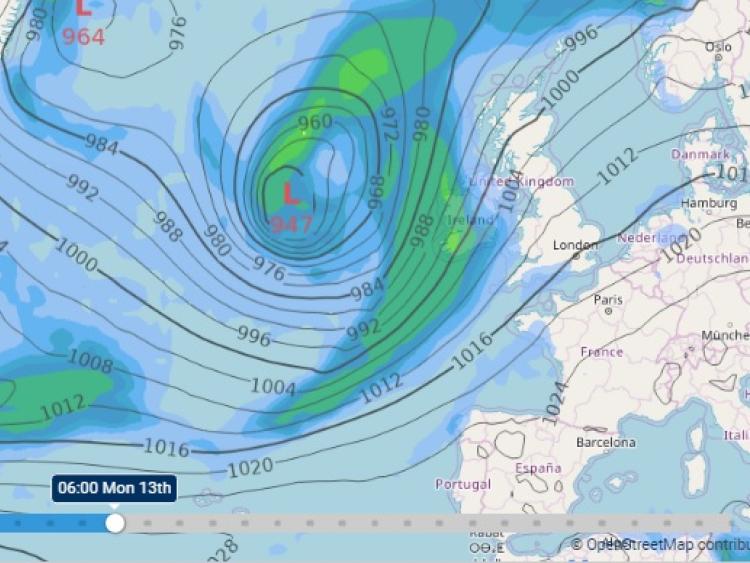 In what is further evidence of the danger posed by the storm Met Éireann's Status Red gale warning says southerly gales or strong gales will develop overnight on Irish coastal waters from Roches Point to Slyne Head to Malin Head.

It says strong gale force to storm force southerly winds will develop on Monday morning on all Irish coastal waters and on the Irish sea, reaching "violent storm force" at times in the west.

Status Orange warnings are in place for the country.

Met Éireann has also issued a weather outlook for sea and coastal areas ahead of the storm.

"As Storm Brendan tracks to the northwest of Ireland on Monday, winds will back southerly and increase gale to storm force and gusty on all Irish coastal waters and on the Irish Sea, with occasional violent storm force possible in some western and northwestern sea areas.

"Winds soon veering southwest and later decreasing strong to near gale, but gales continuing in the northwest. Weather; Heavy squally thundery rain spreading from the west on Monday morning, followed by showers, some heavy and thundery especially in the west and northwest later," it says.

Met Éireann charts also reveal the track of the storm towards Ireland and its wind and rain impact.