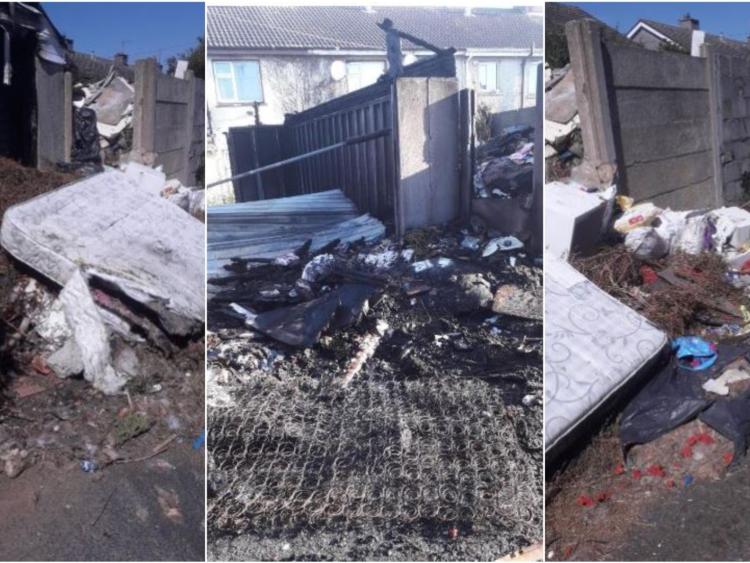 Piles of illegal dumping at a private, vacant house in a Portlaoise estate is ‘totally unfair’ for residents and needs to be cleaned up by the council according to councillors.

Cllr Noel Tuohy tabled a notice of motion at the Portlaoise Municipal District meeting on Wednesday asking the council to clean up piles of dumped rubbish affecting people in Lakeglen and O'Moore Place, Portlaoise.

He said an exception must be made to clean up the vacant property.

“It must be 12 months ago since this was originally brought up at a council meeting. It’s just totally unfair. It’s unfair on the neighbours, it’s unfair on the two estates O’Moore Place and Lakeglen. While fully accepting that it is not the council’s job to go out and clean up after people dumping stuff, I think this is an exceptional case, it’s in the middle of two housing estates with lots of kids and it’s just something the council would make an exception to clear it up,” he said.

The rubbish has been piled up for months and was set on fire during the year. WATCH a video of the fire here.

Cllr Caroline Dwane Stanley said the council need to take control and clean up the rubbish that is posing a health and safety risk.

“I am very familiar with the problems in the area. The council has done this before in other areas where they went in and removed the rubbish and put a levy against the property that once the house was sold they are able to get the levy back.

“There is a serious health risk there, the rubbish was set on fire earlier in the year and it has piled up again. It is very unfair for the residents living in the area who put out their bins and dispose of their own rubbish properly, that they are living beside practically a bog on their doorstep.

“The response says that they are trying to contact the owner, the owner is dead and the reality is that there is an insolvency there with one of the banks.

“They do know who the legal person is to address this problem and it would appear that they were going to do that back some time ago before the fire took place and that never developed. I would ask that the environmental section would go in and clean it out and secure it.

“They have done it up in Esker Hills where a house went on fire and they put in security fence and the levy goes on the property that once the property is sold the council are not at a loss and they can get the money back from that.

“There’s a great residents association in Lakeglen and this house is really letting them down,” she said.

Cllr Catherine Fitzgerald suggested that the new vacant housing officer in the council can organise that the property is bought by the council under compulsory purchase order (CPO).