Heavy traffic pinch on busy round out of mountains 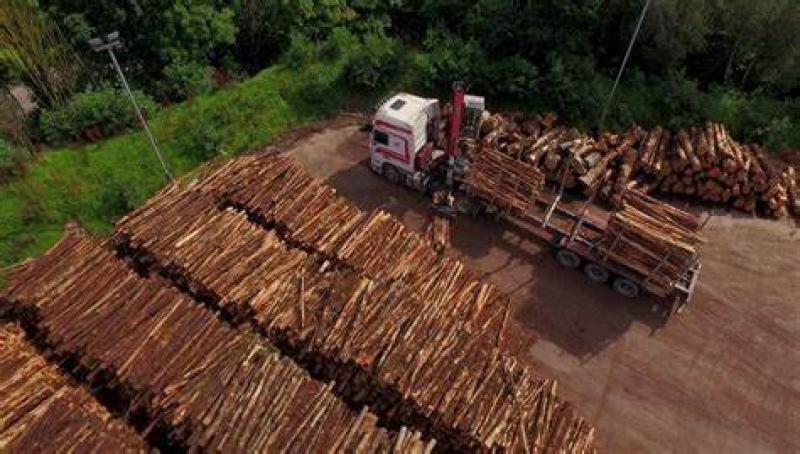 Forestry trucks among the heavy vehicles on busy road

Work on a road used by forestry trucks and other heavy vehicles would be good for Mountrath and tourism in Laois according to a Laois councillor.

Cllr James Kelly made the comment after raising the need for work on  L-5615 road at Peafield/ Knockbrack,Pike-of-Rushall road at a recent meeting with Laois County Council officials.

He called on the council to carry out the agreed road works to allow meeting traffic pass freely on the. He added that the route was the preferred route for all the heavy traffic coming down off mountains.

“If we can widen that road in those different spots it means that the heavy traffic won't be going down those other roads that we want the tourists and the cyclists to go on from Mountrath. It will be a big plus to the town and the county of Laois tourism wise,” he said.

Cllr Conor Bergin supported the call saying the road is an extremely busy road. However he cautioned about the costs.

Cllr Kelly said the work involved would not be extensive.

“We're not talking about a complete overlay. We are talking about certain pinch points where heavy traffic meets so that they can pass by each other in a safe manner,” he added.

Mr. Edmond Kenny, District Engineer said the council would meet Cllr Kelly at the site to explore the options available to increase the width of the carriageway.

The issue was raised at a recent Borris-in-Ossory Mountmellick Municipal District meeting.