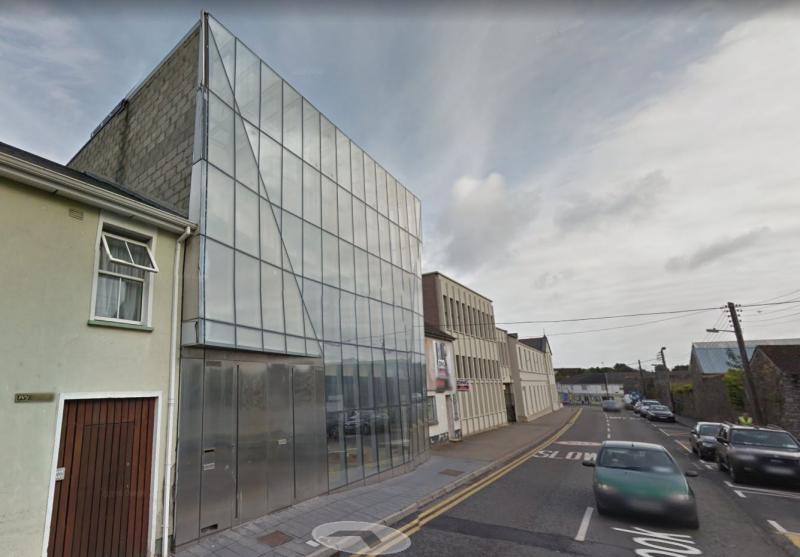 The future Cube centre in Portlaoise

The creation of a low carbon business centre of excellence in Portlaoise to serve the midlands is moving towards completion, after a three year wait partly due to the pandemic.

The centre will be in an unfinished glass fronted office building on Church Street that was reconstructed a decade ago and never occupied. It will house new and existing Midlands businesses and help them to grow in an environmentally sustainable way.

A €1.6 million contract has just been signed to buy it in turnkey condition from the owner who will finish it off to a high standard, and sell it to a new associated company of Laois County Council called Portlaoise Innovation Centre DAC (The Cube).

The Cube DAC has already hired a director who is now busy attracting start ups and existing businesses to come and rent spaces in it, and is already providing virtual services connected with a low carbon economy to businesses.

"Construction will start some time before Christmas, for a period of six months. I expect it to be way shorter than that," he said.

He was quizzed by Cllr Ashling Moran on why public money is being paid to the owner for the building. So far the council has spent €300,000 on The Cube in starting up the company. The council has grant approval of €2.2m to spend to create the centre.

"There was a double objective, to remove dereliction in the town centre, and to provide jobs and opportunities for startups," Mr Mulholland said.

Asked by her if the public will get a clawback on the €300,000 spent, he said that clawback would be in the form of rent.

Two Portlaoise councillors have been elected to sit on the board of The Cube, Cllr Catherine Fitzgerald and Cllr Caroline Dwane Stanley.

The Cathaoirleach Cllr Conor Bergin praised the project, which he visited with Minister of State for Trade Robert Troy recently. The Minister of State also visited The Beale Centre at Mountmellick's MDA building.  Read that story below.

"There is excellent work going on. It's a fantastic project, it fits in with the low carbon targets and it's really welcome," Cllr Bergin said.