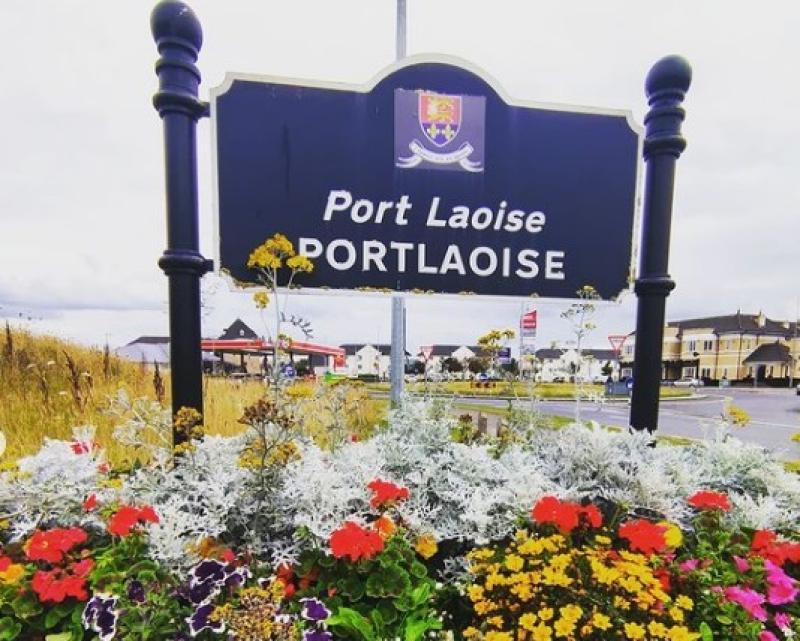 As the Laois capital town Portlaoise celebrates winning the official title of the cleanest town in Ireland, ambitions are already set on another award, a National Tidy Towns Gold Medal.

This week Portlaoise reached the top of the ladder for cleanliness in the Irish Business Against Litter survey, just over a decade since it was right at the bottom of their grades.

Town Manager Simon Walton said their sights are set now on gold, a medal previously won by Abbeyleix, Stradbally and Castletown in Laois.

"I acknowledge the support of the elected representatives. It's great news for Portlaoise and county Laois in general. It's great to get to number one. It provides encouragement to keep going and improve. We can't realistically expect to be number one every time, but to retain the 'cleaner that European norms' will be the challenge for us.

"When I came here one of the first things that Gerry Browne said to me was they want to achieve gold medal standard in the Tidy Towns awards. I hope that will be the next goal and key achievement for Portlaoise," Mr Walton said.

Cllr Catherine Fitzgerald said she was so proud of the town, thanking Portlaoise Tidy Towns chair Gerry Browne and all his volunteers, as well as the council team and the recently established Portlaoise Town Team.

"Their progressive work led to this incredible award. It doesn't come easy, it's a proud day," she said.

Cllr Caroline Dwane Stanley said it was important to mention that the efforts started with the late Cllr Jerry Lodge and Cllr Kathleen O'Brien.

Cllr Willie Aird, a farmer in Portlaoise, noted the many new biodiversity areas now in the town.

"I can see a lot of kids from schools now looking at the biodiversity. You'd be really proud now to say this is our town, well done to all," he said.

"I'm on the sub committee with the town team and Gerry Browne is second to none. It is great testament to their work to go from the bottom of the ladder to the top rung," he said.

'None of her business' councillors clash over Laois housing plans