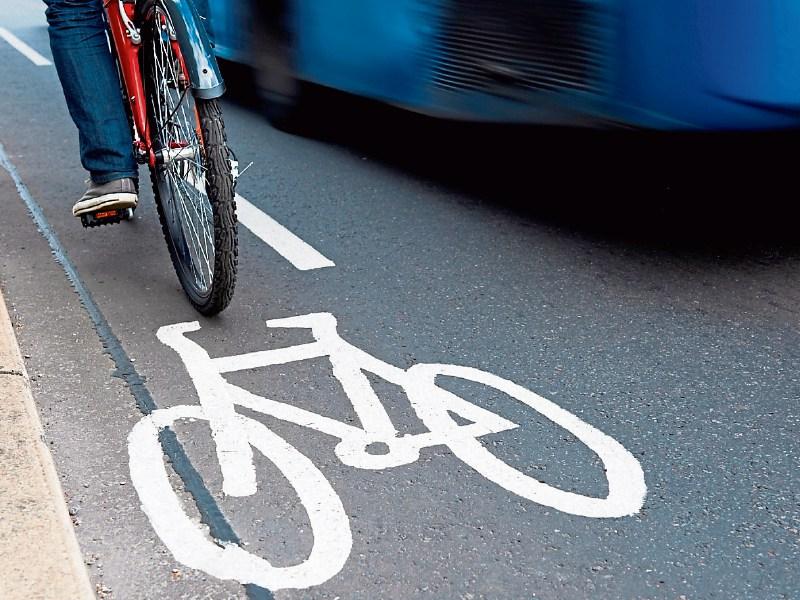 Parents who park illegally on top of cycle lanes outside two Portlaoise secondary schools may be prevented from doing so soon.

The problem happens every school day on the Borris road outside St Mary’s CBS and Scoil Chríost Rí which have almost 2,000 students between them but no carpark for parents, only moving setdown lanes.

While acknowledging that parents have nowhere to park, a Portlaoise councillor is nonetheless calling for the bollards so that students can safely use the cycle lanes.

“We need to look at somewhere for people to park, but we can’t have parking on cycle lanes, it’s very dangerous,” Cllr Fitzgerald added.

Cllr Caroline Dwane Stanley seconded her motion which was tabled to the October meeting of Portlaoise Municipal District.

“There has been a huge improvement in the Summerhill area. The Borris Road has similar concerns, if it is mirrored it should help the situation,” she said.

Cllr Willie Aird noted that there is a huge drive underway to make Portlaoise a cycle friendly town as part of the pilot project to make it a Low Carbon Town.

“We are trying to encourage people to be cycle friendly and to encourage children back on bikes, but how safe are our cycle lanes? We are talking about very colourful bollards here,” he said.

The council will review cycling facilities on the road says engineer Adrian Barrett.

“It is important to note that it is an offence to park on a cycle track. The Roads Design Section will review cycling facilities at this location prepare measures to enhance and protect the existing facilities in the area,” he said.

Meanwhile Laois university student Aine O’Connor who is starting a two year study on how to develop Portlaoise’s cycling culture is to be invited to outline her proposals to the November Portlaoise Municipal District meeting.

Busy also on the eve of the 24 hour operation