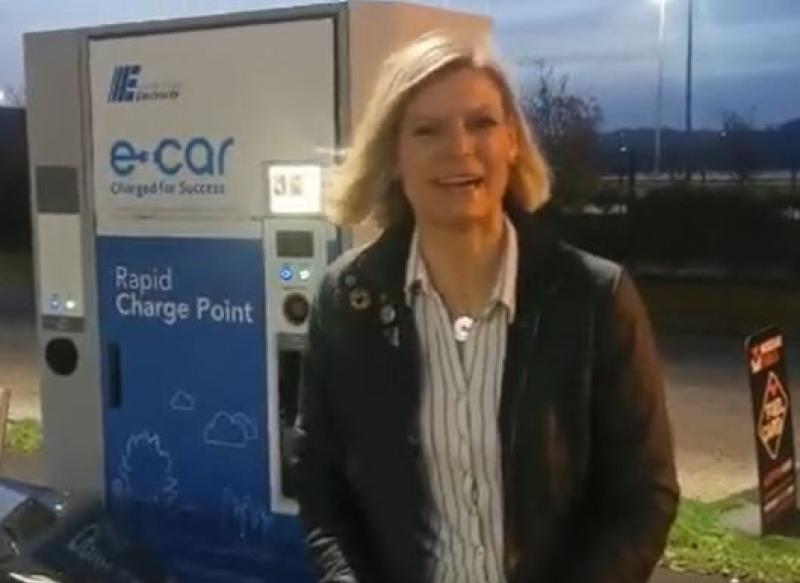 Senator Hackett drove to the port of Larne and took the boat across to Scotland for the international conference.

Speaking in a video message recorded while walking along a Glasgow street, the organic farmer from Geashill said she had made a “low emissions” journey to the event.

“The trip went really well and it's really great to see so many charge points here in Scotland,” she said.

She reported that she had met with Green Party leader, Eamon Ryan, Minister for the Environment, and the New Zealand climate minster James Shaw.

“There are many similarities between our countries, particularly in relation to agriculture and land use, and we'll continue to work closely together as we address our emissions challenges,” said Minister Hackett.

Big investment on the cards for Laois meat plant

She also met a number of Green parliamentarians from across the world, from Kenya to Venezuela, and closer to home from the UK and Europe.

There were meetings with Irish Green Party colleagues Senator Pauline O'Reilly and Deputy Brian Leddin and she held talks with Karen Ross, the secretary of agriculture in California, remarking that she had been “really looking forward to meeting another female politician in agriculture”.

The junior minister at the Department of Agriculture also visited an organic farm in Scotland which has been operating a 'calf at foot' model for five years where “top notch cheese, ice cream rose veal” are produced.

At 'The Ethical Dairy' farm, calves remain with their cows to suckle, unlike traditional farms where the new-borns are removed within a couple of hours.

On her way to Scotland, she tweeted a message while her car was plugged into a charging point: “Just getting the final bit of charge in before we head to the ferry port here in Larne. Looking forward to a good few days at COP26 in Glasgow. We're here to make a difference, let's do that.”

The summit, where representatives from around the world are seeking to agree measures to combat climate change, also features Tullamore-based ecologist and peatlands expert Catherine Wilkie who is involved in a special session on Irish bogs at the COP26 Peatlands Pavilion.

Find out of you have the right to vote in Laois