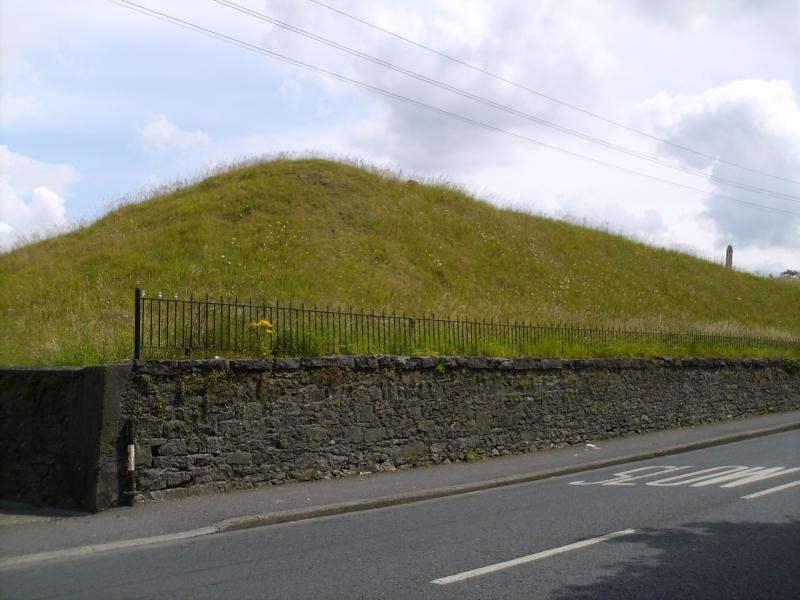 The Burial Ridge in Portlaoise.

A Portlaoise councillor is urging Laois County Council to take action and cut the meadow on a historic burial ground in the town centre.

The Burial Ridge, with graves dating back to the 18th century “looks very bad” says Cllr Thomasina Connell, saying that its condition is disrespectful to the people buried there.

“It looks very bad, it needs to be strimmed. It is a very important part of the culture of Portlaoise. It is on the entrance to Portlaoise. It can’t be left in that state,” she said.

She tabled a motion to the November meeting of Laois County Council asking that it carry out maintenance.

The reply was “very disappointing” she said.

The council stated that the old cemetery is not under their control or management, and therefore is not listed in their cemetery budget to pay for works.

“This is very disappointing it really wouldn’t cost much, only a couple of hundred euros,” Cllr Connell said.

Cllr Willie Aird seconded her motion, noting the contribution of the late Kathleen O’Brien, a former councillor, who lived next door to the ridge and always ensured that the grass was cut by local volunteer workers.

“I agree that it should be taken over by the council. We put money towards new railings. From a tidy towns point of view, we should do it. It is a huge historical part of Portlaoise. Many people got their first kiss there,” he said.

“It’s the resting place for many who have gone before us, a historical and very prominent site. It actually needs one major job and then a cleanup each year. I can’t see anyone in the community taking this on,” she said.

Cllr Caroline Dwane Stanley recalls as a student her class being sent to clean up graves, and said that her mother played amongst them as a child.

“It’s gone beyond the day where volunteers should keep it tidy, it should be up to the council,” she said.

Cathaoirleach Cllr John Joe Fennelly suggests that the Laois Heritage Officer be contacted. Mr Walton undertook to contact the heritage officer Catherine Casey, and the council’s community department to see what is required.

“Then we can decide on funds,” he said.

The burial ridge is a surviving section of a glacial esker called the Ridge of Maryborough which includes The Downs, and stretches towards Mountmellick as the Ridge Road.