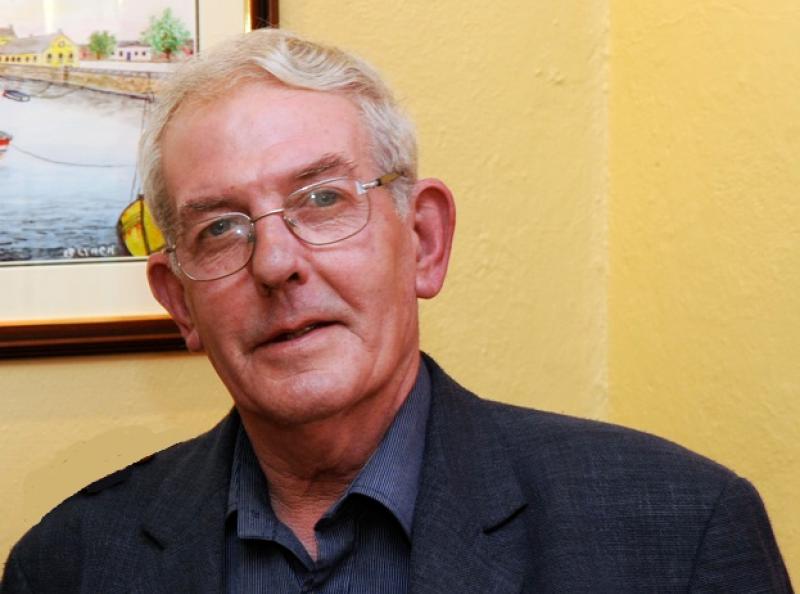 Touching tributes have been made on the death of a Laois man who served his community for many years as a Town Councillor, and also represented it as a fine sports player.

Ollie Payne from Mountmellick died last Wednesday morning November 24, to the shock and grief of his family and friends and his community.

"The news of Ollie Payne’s passing was met with sadness and grief across the entire town and beyond when word started to break earlier today.

"The Payne family are steeped in the sporting heritage of Mountmellick and while Ollie was best known for his exploits in GAA, he regularly found the time to line out for the town’s soccer team over the years too.

"It must have been a source of slight annoyance to some of the more hardcore soccer players when Ollie rocked up and made it all look so easy. Typical Ollie, he’d throw his hand to anything and excel at most.

"The photos attached are fitting memories of Ollie. Imparting words of wisdom even to the likes of Johnny Giles, Ollie’s sporting passion and knowledge knew no bounds. And Ollie was in his element when lining out with his teammates for the club, playing soccer and any other sport that came his way with distinction.

"A devoted husband to Olive, a supportive brother, a loving dad, a doting grandad and above all a super friend to people far and wide, Ollie will be fondly remembered by everyone associated with Mountmellick United AFC.

"The Pressure is off now Ollie, may you Rest in Peace."

Below: Ollie chatting to soccer legend Johnnie Giles, and beneath: a historic photo of Ollie on the Mountmellick soccer team. 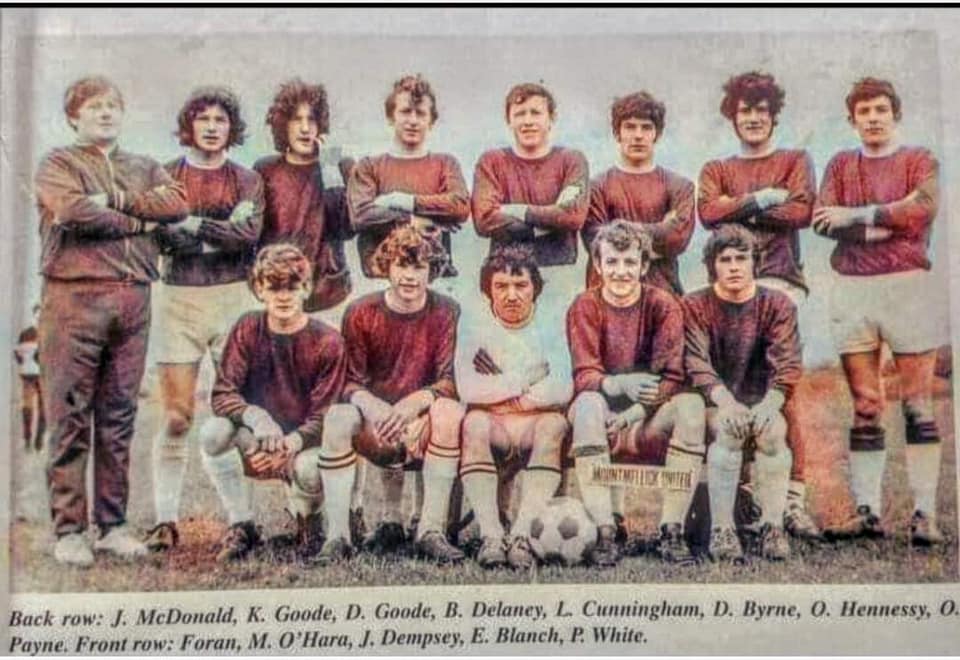 Mountmellick GAA Club has also paid tributes to his legacy and sympathised with his family many of whom are club members.

"We would like to extend our deepest sympathies to Olive, Keith, Suzanne, Barbara (current committee members), Mark, Jeffery and the extended Payne family on the recent passing of Ollie Payne.

"Ollie played Hurling and Football with Mountmellick at all levels from U-12 to Senior. He captained the Junior to Laois Junior Honours in 1966. He won a Laois Intermediate Hurling Medal in 1967 and Intermediate Football in 1968. He played Senior Hurling and Football with the Club in the late sixties and early seventies. He coached juveniles and was involved in the management of a number of teams.

"His passing is a great loss to the club, community and town and he will be greatly missed in many circles. Ar dhéis Dé go raibh a anam dílis," the club said.

"Lily Tomlin once mused 'I always wondered why somebody doesn’t do something about that. Then I realised I was somebody.' Ollie Payne was somebody too. Somebody who, rather than gripe about needs he saw in his town, did something about that.  There are too many organisations and associations of which he was a member, to mention. He gave back to his community in so many spheres. A most friendly and affable man, he will be so sadly missed by everybody. We want to extend our condolences to his son (and our Committee Chairperson), Keith. We are sure your Father would be proud of your community involvement. We also wish to extend our sympathy to Olive, Mark, Barbara, Suzanne, Keith, Jeff, Ollie’s adored grandchildren and all of the extended family. Cuirimid ár gcómhbhrón ó chroí dóibh."

"I was sorry to hear of the passing of former Laois Fine Gael Town Councillor Ollie Payne. Ollie served on Mountmellick Town Council for many years up until 2014 and represented his community. Deepest sympathies and sincere condolences to his wife Olive and family on their loss," he said.

Remains will repose in Moloney's Funeral Home on Sunday from 5pm with recital of the Rosary at 7pm. Requiem Mass on Monday at 11am. Burial afterwards in St Joseph's Cemetery, Mountmellick. Anyone attending is asked to observe social distancing and follow Covid protocols.

The Mass can be watched on Mountmellick Parish Church webcam here.