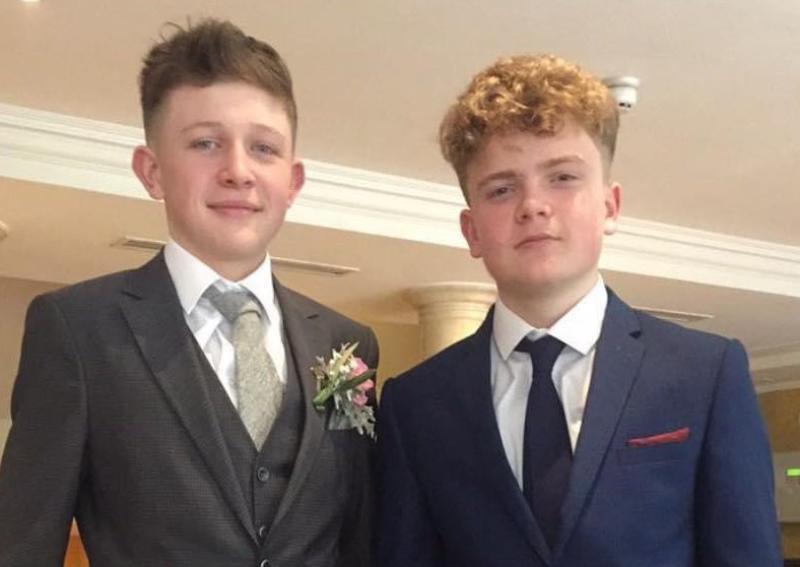 A fundraiser begun by the best friend of the late Daragh Lee, killed on the road near his Mountmellick home, received a huge response within hours.

Josh Byrne, Daragh's close friend since the Lee family came to Mountmellick a decade ago, had hoped to raise maybe €3,000 to help them with the unexpected cost of funeral expenses, and take at least some stress away from them in their grief.

Josh said that he and Daragh's family are overwhelmed with the support.
“We are all just overwhelmed. It takes some relief off the family and any left after the funeral will be donated to Jigsaw, so no matter what, it's all going to a good cause.”

“I had set it up with a target of €5,000, hoping to get maybe €3,000. No-one saves for a funeral to bury their son,” he said.
Josh told the Leinster Express all about his friend, and the shock of losing him.

Below the boys pictured at St Patrick's Day parade in 2015. Photo: Kevin Byrne 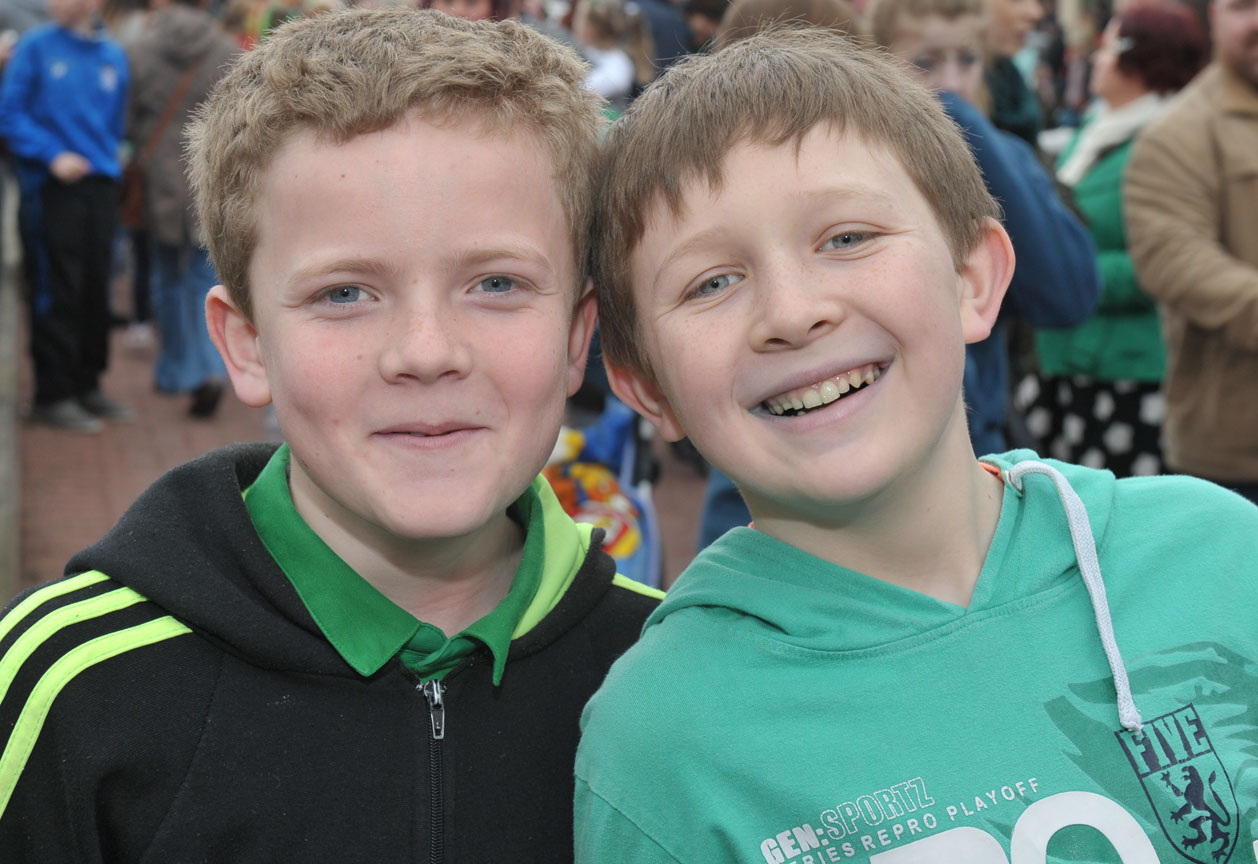 “The easiest way to describe him is that he was loved by absolutely everybody. I never met anyone who had a bad word to say.
“The chap had a contagious laugh, you'd hear it a mile away, he would bring good humour anywhere we went.

“I've never seen anyone with a smile like him, a little cheeky smile and a little charmer for the women,” he said.

The two lads had both decided that the leaving cert wasn't for them and left early to get working.

“He was really motivated,” Josh said.

“He loved his soccer, he had stopped playing becuase he was working so hard, but he had planned to go abroad for games with his dad and he adored Shamrock Rovers.

Speaking on behalf of their wide circle of friends, Josh said they are overwhelmed with the support received.

“People are coming up to sympathise that I don't even know, but they knew Daragh and have pictures with him. I can't believe how much people looked out for him.

“It has been a tough few days but we will have to just get through it now.

“We are a massive group of friends. We are all extra close but it has brought us closer again. We are all looking out for each other,” he said.