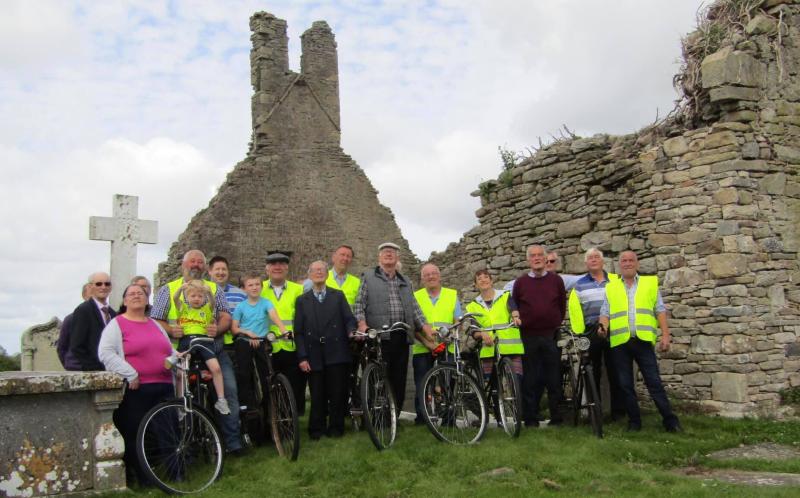 A lovely Laois vintage bike club has launched a DVD of their big cycle this year, to aid the fund to restore an historic church ruin.

Clonaslee High Nelly Club who founded just before the pandemic began, say they are delighted to share the release of their DVD from the August Bank Holiday cycle.

It features lovely footage of the day and aerial shots of the village and surrounding areas on the route.

Local photographer Darren Kennedy compiled the memorable keepsake, and like the cycle itself, the DVD is in aid of the Kilmanman Church Restoration Project.

It opens with Tom McRedmond, from their main sponsor Hickey's Pub, leading questions for Fr Thomas O'Reilly and club members on the background of the club before footage of the cycle. 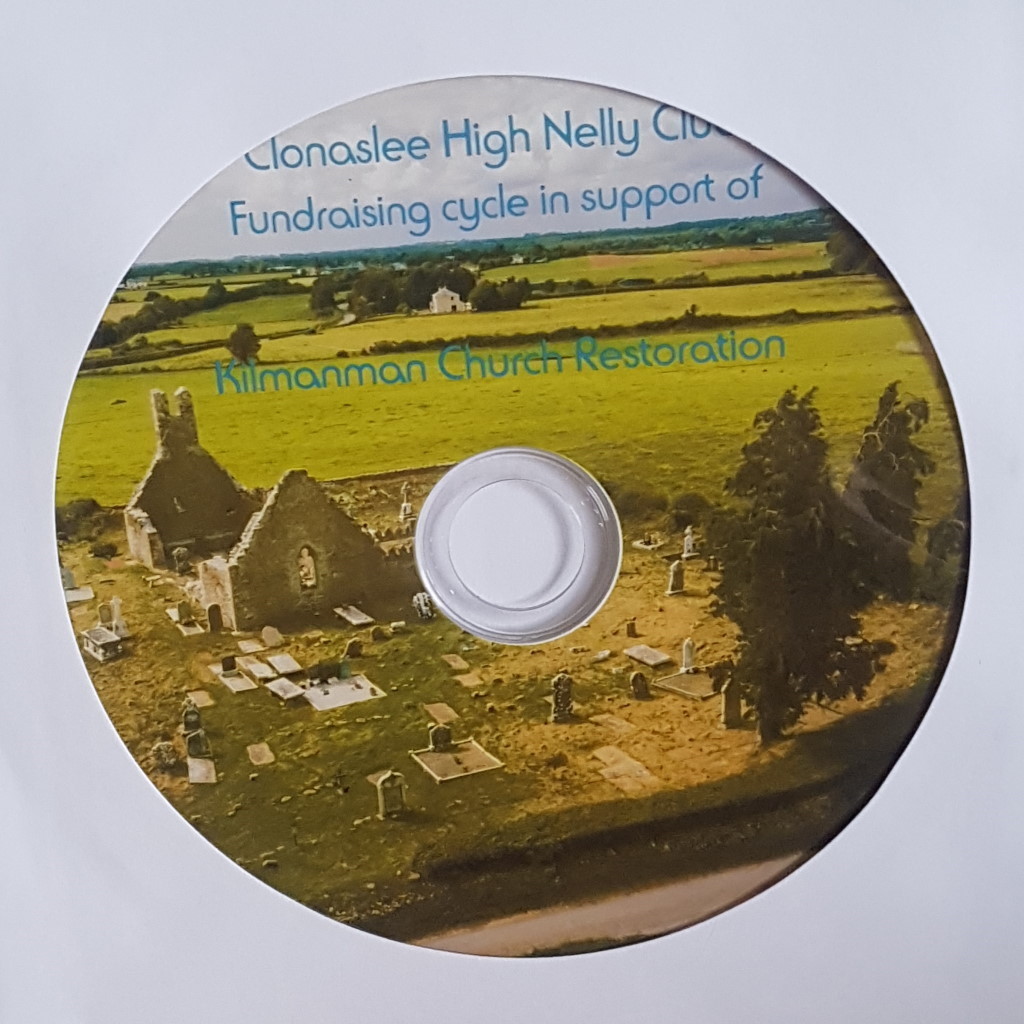 "Clonaslee High Nelly Club started back in 2019. Myself and Dinny Guckivan were both vintage bike enthusiasts and enjoyed repairing and restoring High Nelly bikes. We thought a High Nelly club would be a great addition to the village -- an enjoyable hobby for people of all ages.

Path and cycleway suggested from Portlaoise to Rock of Dunamase

"We're lucky to have so many scenic routes against the backdrop of the Slieve Blooms on our doorstep," said Lar Callaghan.

"One of the most interesting aspects of high nellies is the continuation of history through the bikes, passing the torch from one generation to another. I'm currently cycling a 1930s Raleigh that Tom Higgins, a local man from Brockagh Clonaslee, bought over 80 years ago. He cycled it from Clonaslee to Croke Park for All Irelands several times in the late 1930s. Now, almost a century later, I'm cycling it on the same roads he did," Dinny said.

Clonaslee High Nelly Club committee say they are thrilled to be able to continue to support the ongoing Kilmanman Church Restoration Project effort with the release of the DVD.

"A word of thanks to our sponsors and those who have supported us throughout the year. We look forward to planning more charity cycles for 2022," a spokesperson said.

In Pictures: Truckin' and tractorin' Christmas convoys for cancer support in Laois

The Kilmanman Church conservation project began in 2019 with the support of Laois County Council and local fundraising. Work was carried out to stabilise the 19th century Dunne Mausoleum adjacent to the older church and other elements -- with plenty left to complete the works.

The DVD is available in all local shops in Clonaslee for €10.  Find the club's page on Facebook here.