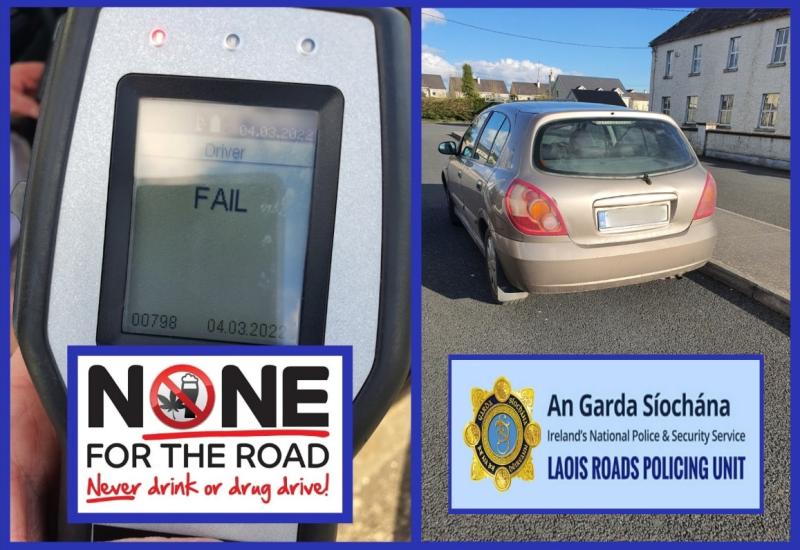 Image of the car stopped by Laois Gardaí in Borris in Ossory on March 4.

A driver in Laois has been arrested after being stopped for driving poorly and found to be multiple times over the alcohol limit.

Laois Roads Policing Unit was on patrol in Borris in Ossory on Friday, March 4 when they stopped a vehicle that they saw was "driving erratically".

The driver failed a roadside breath test and was arrested.

A breath specimen was then taken at Portlaoise Garda Station and was four times over the legal limit for alcohol.

The driver has been charged to appear before Portlaoise District Court.

The publice are urged by the Gardaí to "#ArriveAlive and #NeverDriveUnderTheInfluence".