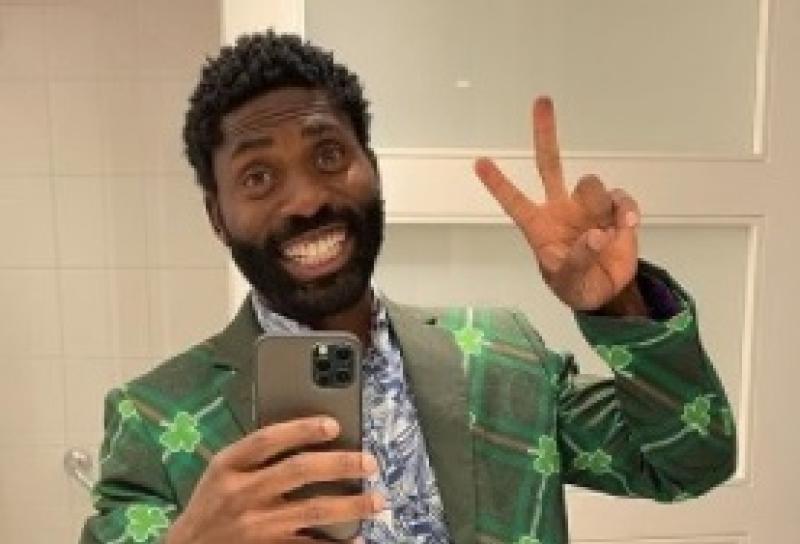 Mountmellick will welcome the entertainer as part of a huge lineup that includes a return of a traditional parade this year, and its first three day festival thanks to the hard work of a volunteer local group, Mountmellick Central Hub.

The Boglands Festival will take place from March 16 to March 18 based in O'Connell Square.
There will be special recognition of the impact of Covid on the community, as well as the war in Ukraine.

The fun kicks off at noon this Wednesday March 16 with dancing and music provided by Willie Bracken, Mountmellick Community School students and DJ Sean Savage. There will also be a street market and hot food until 6pm.

On St Patrick's Day entertainment starts at 10am with a DJ playing tunes, a circus show, an inflatable play area, salsa and breakdancing, a petting farm, face painting, gaming vans and giant street games.
Wristbands for children will be on sale to access bouncy castles.

There will be a covered seating area for people with disabilities and older people. Live music will start at 2pm by JL Sound to get everyone in the mood for the parade.

The parade will start at 2.30pm from the LOETB centre on Harbour Street. Assemble at 1.45pm.

It will be led by guest piper Rory Somers who performed in Braveheart.

Guest star in the parade is Fabu-D aka the Black Paddy who will also be blogging the entire route on all social media platforms.

Also marching proudly will be the Mountmellick Macra Capers team who just won the All Ireland, and students from Leona's School of Dancing who will do an 8 minute show when they reach O'Connell Square. Stilt walkers and firebreathers from Circus Corvenio, robots and a magician will all add to the excitement.

The Irish flag will be raised at 3pm in the square by a guest of honour representing staff at St Vincent's Community Nursing Unit while the National Anthem is sung by Mountmellick's Emer Dunne.

After the parade will be more live traditional music by Jiggers of Eireann, circus performers, by singer Shane McCormack as seen on the voice UK, and a DJ playing until 8pm.

Friday March 18 will be Children's Day from noon, with live music all afternoon and children's entertainment.

The closing ceremony at 7.30pm will be held in solidarity with the people of Ukraine.
The public are invited to wear blue and yellow and bring a candle or torch to sing 'Another Love' and hear the Ukrainian national anthem.

The festival will also include a funfair in the town.

Jason McInerney is the lead organiser for what he terms “the largest national celebration in the Midlands”.

“We invite one and all to join us in Mountmellick over three days. Join us for what's set to be a a special Celebration of culture, heritage and diversity but above all a celebration of community.

“For such a small town we punch well above our weight when it comes to community, given the fact mid January we still didn't know that we could be together in person once again to celebrate our national feast day.

“We are set for a special community celebration but mostly what we look forward to is seeing you all back on the streets together again after so long apart. Bring on March 16th we cannot wait to see you all again,” he said.

With no parade in Portlaoise or Portarlington this year, the committee are inviting businesses and clubs from other towns to take part in Mountmellick's parade.

The parade will be streamed live on the Boglands Festival 2022 Facebook page.