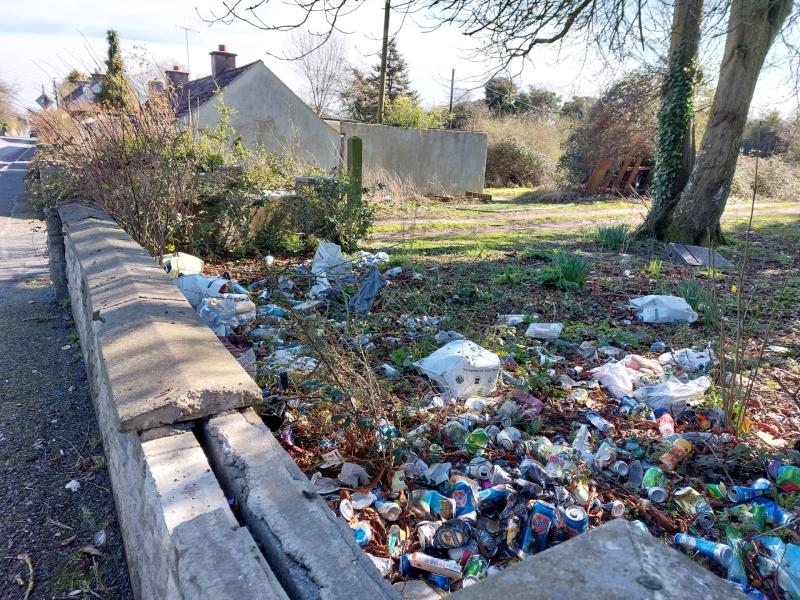 A Portlaoise cottage that has fallen derelict is now attracting dumping and anti-social behaviour.

The cottage on Harpur's Lane was sold recently and despite its condition is not on the Derelict Sites list.

The new owner plans to knock it and build apartments on the site, according to a Portlaoise councillor who has raised concern on behalf of elderly neighbours.

Cllr Caroline Dwane Stanley wants the council to take action on the owner.

She tabled a motion to the March meeting of Portlaoise Municipal District, asking the planning department to enforce the derelict sites legislation on not just the derelict cottage and garden, but the adjacent Centrepoint site next door.

She explained what problems are taking place.

"A couple of elderly people are being tormented. People are getting into the derelict cottage, they are up to all kinds of activity. It was featured in the local press as a derelict site," Cllr Dwane Stanley said, referring to the Leinster Express story below.

"It was sold and a builder bought it who will build on it eventually. In the meantime rubbish is being dumped. Residents are living at their nerves' end. I acknowledge the work that Centrepoint owners have done. I was one of the people asking for it it be demolished but the boundary  is causing problems.

"The owner has to step up to the mark. It beggars belief how this is not on the derelict sites register. It's a tipping site.

"Elderly people are terrified. The owner has a responsibility to secure the site at the back and clean it up, it's a dump," Cllr Dwane Stanley said.

Neither the Centrepoint site nor the cottage are on the derelict site register, Laois County Council confirmed. However they may now be.

"The planning section will open new files and carry out inspections of the two properties on Harpur's Lane and take the required action under the Derelict Sites Act if appropriate," senior planner David O'Hara said in a written reply.

The Laois town manager, Director of Services Simon Walton is going to take a direct approach in the meantime.

"If we know who the owner is , we'll make direct contact and perhaps there'll be cooperation there to avoid a delay while registering the property," he said.

Cllr Dwane Stanley said that the owner is applying to the council to build apartments on the site. She urges the council to use their power to go door to door and request proof of bin services from residents.