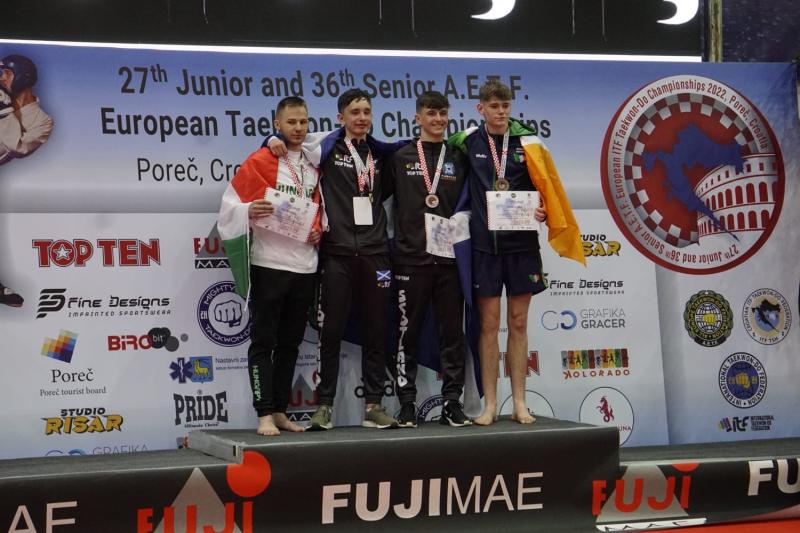 Taekwon-Do and kickboxing: these are two sports that a teenager from Laois already has a great deal of experience in.

Shane Allison, who just finished up as a Transition Year student in Monasterevin, has earned a great deal of success as a champion Taekwon-Do fighter and kickboxer.

The Ballybrittas native told the Leinster Leader that he wanted to study martial arts after being inspired by watching Power Rangers as a toddler: then, when he was four, he signed up for a Taekwon-Do class.

From that moment on, he said he 'has never looked back.' MORE BELOW PICTURE. 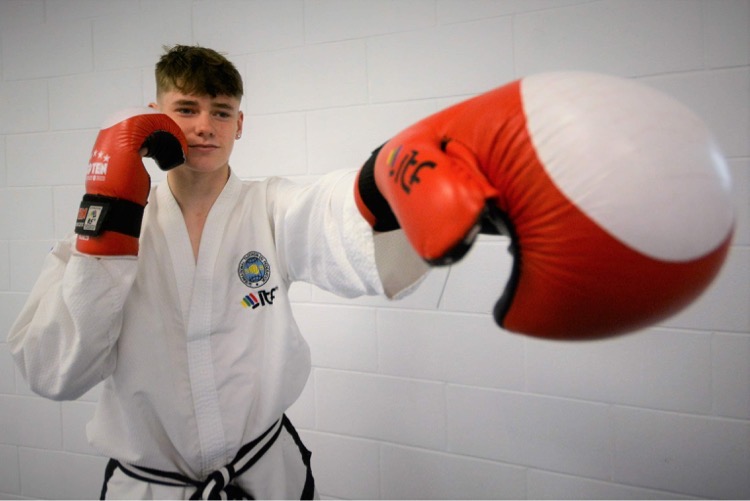 Shane has been practising martial arts since the age of four

The 16-year-old explained: "Since the day I got in the studio, I loved it, and I have made so many close friends through it."

Shane initially trained with Nigel Stobie in Portarlington Taekwon-Do and for the last number of years, with Hong Looi and Sabina Mason in Níõ Taekwon-Do Newbridge.

Shane also trains in kickboxing with Tommy Delaney from Combat Kickboxing in Mountmellick.

He said he trains twice a week at Nio Taekwon-Do, but also train at home and is in the gym most days a week.

When squad training is on with the National Team, he trains every second Sunday in either Cork, Dublin or Limerick, usually from around 10am to 4pm.

Shane, who first received his black belt (first dan) when he turned 13, recently competed in three separate categories at the 36th Senior and 27th Junior AETF European Taekwon-Do Championships between April 28 and May 1 in Poreč, Croatia.

The three categories were Sparring, Team Sparring and Individual Male Special Technique, where he finished in tenth place out of 31 competitors.

Podcast: John O'Loughlin reflects on his career, playing with his heroes, and much more.

Shane said: "Although I lost the semi-finals, I was still pleased to be there.

"It was all friendly competition: after the match, one of the guys I beat, the two of us switched tops, and the two of us have since become friends on Instagram." MORE BELOW PICTURE. 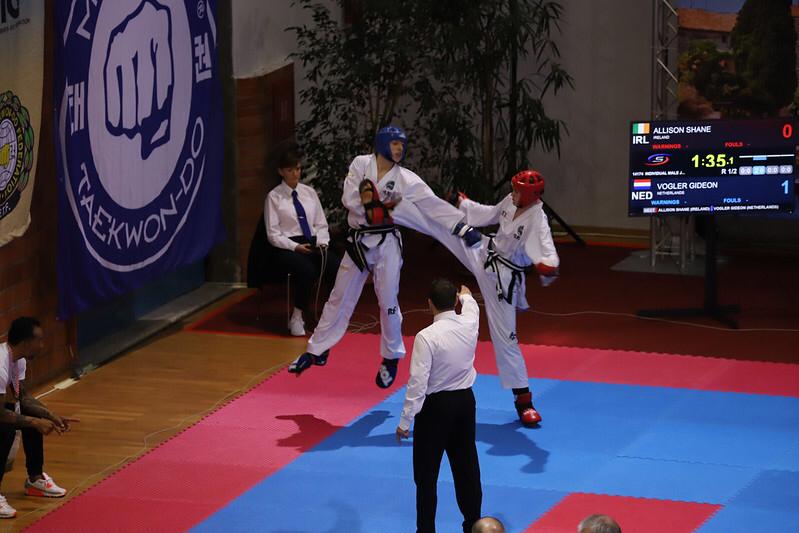 He further said that he feels that Taekwon-Do and kickboxing are very similar.

Shane’s mother, Gina, also gave her thoughts as an outsider looking in: "I think with Taekwon-Do there’s more techniques you use your legs with, while kickboxing can be a little more focused on punching techniques."

He also competed at the Kickboxing All Ireland Championships in Carrickmacross on May 18.

Shane entered in two events, Light Contacts and Kick Light, and brought home gold in both: this now secures him a spot on the Kickboxing Team Ireland Squad, where he has the opportunity to compete at the World Championships in Jesolo, Italy, later this year.

He also recently faced a difficult decision: the Taekwon-Do the World Cup takes place in Slovenia later this year at the same time, and Shane has admitted he has been back and forth in terms on which competition he should compete in, but finally settled on The Kickboxing World Championships in Jesolo.

Shane said his Taekwon-Do trainer, Hong Looi, has taught him a lot and has placed a great deal of emphasis on the elements of honour and responsibility within the martial art.

When asked where he wanted to take his career, Shane said: "At the moment I don’t really know exactly, but I do know I want to win a world championship at some point in the future."

"Whether he brings home medals or not, to be able to represent your country, at 16 is just phenomenal.

"We’re proud beyond words of him," she added.