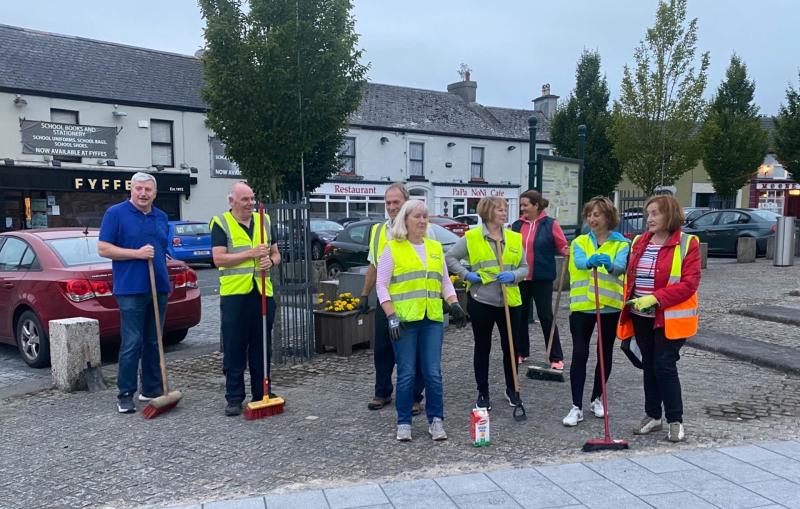 A Laois town has done it again and won a national Irish title for its cleanliness and beauty.

The awards were announced this Tuesday, June 21 by the Minister for Rural and Community Development, Heather Humphreys TD, at an awards ceremony in the Titanic Hotel, Belfast.

It is the third award for beautiful Abbeyleix in a stellar year.

Last month Abbeyleix Tidy Towns won the Pride of Place award in its population category of 1,000 to 2,000 people. Abbeyleix was named as Ireland's Tidiest Small Town at the national Tidy Town's award in 2021.

“I want to congratulate all of the winners and nominees in the all-island Best Kept Town competition.  In particular I would like to congratulate Enniskillen, Inistioge, Abbeyleix and Lisburn for winning awards in their respective categories," Minister Humphreys said.

“The All-island Best Kept Town Competition recognises the great pride people have in their own communities all across the island. Set up in 1995, this year we celebrate its 25th anniversary of cross border collaboration, partnership, and most importantly, friendship.”

“Unfortunately, the competition did not proceed in 2020 or in 2021 as a result of the pandemic. However, that did not stop the tremendous effort put in by community groups across the island. Even during lockdown, towns and villages were maintained and volunteers all across the island continued to put in a huge effort on behalf of the places where they live.

“Being nominated for these awards represents an achievement in itself, and is recognition of the efforts made by volunteers and local communities in the SuperValu TidyTowns competition and the Best Kept competition in Northern Ireland.”

Hard working representatives of the heritage town are up in Belfast for the awards, and delightedly announced they have won.

They also note an amazing connection between the Titanic and Abbeyleix.

"From@the @Majestic @titanichotelbelfast Delighted to announce we are officially Ireland’s Best Kept Small Town 2022 both North & South. Well done #Enniskillen on being crowned overall winner and @visitinistioge and @lisburnccc in their awards
Ps the carpets for the Titanic were made in Abbeyleix". 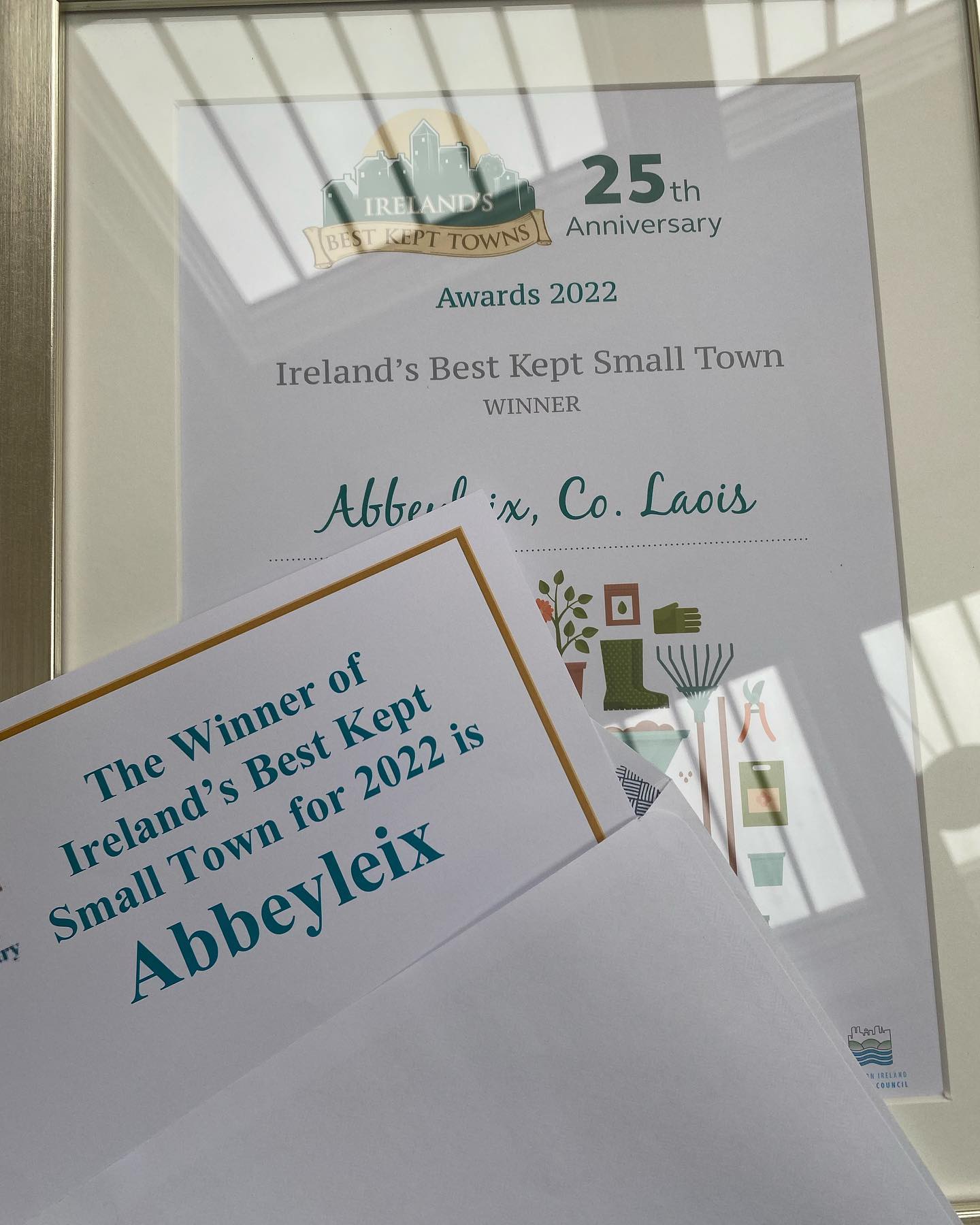 “Throughout the pandemic thousands of volunteers and gardening enthusiasts kept our towns, villages and the country looking its best. These awards illustrate and emphasise how much voluntary work is undertaken to keep our Towns and Villages throughout Ireland beautiful and how the community works together to make where they live desirable.

"These awards create links between community involvement, our natural environment and our wellbeing, helping us to recognise the value of our biodiversity and coming together to play our part in making our own parts of the country places we are proud to call home”