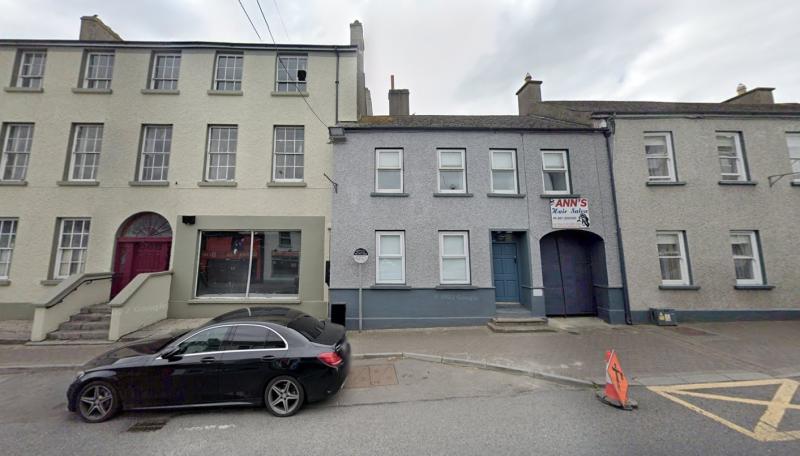 A planning application has been rejected to build new apartments behind a heritage townhouse in a Laois town.

An applicant had sought permission from Laois County Council to build nine apartments in Mountmellick, in the garden behind number 5 Parnell Street, a 150 year old listed building.

Springhill Properties Ltd proposed a "two storey / single storey apartment / townhouse development comprising of seven 1 bedroom units and two 2 bedroom units and associated works located to the rear of an existing two storey mixed use building, being a protected structure RPS 035 NIAH 12900343. The proposed development is located behind the existing former house and associated buildings but within the curtilage of the protected structure". 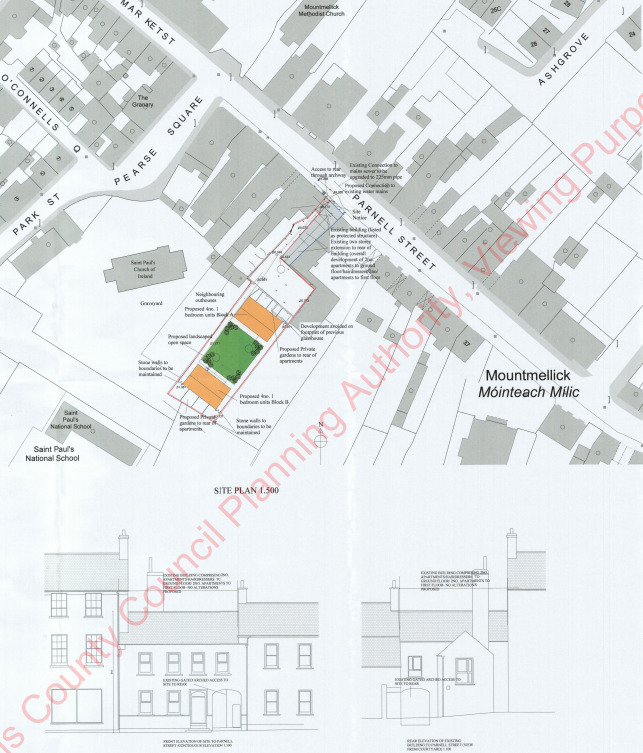 The plan had received objections by neighbours including the Druid Pub, St Paul's Church of Ireland, and St Paul's National School.

The church raised concern that the apartments would overlook the church graveyard, that a communal space might be noisy, a boundary wall might be damaged, among other concerns.

Neigbours expressed doubt at vehicles being able to drive through the narrow gate and that they would instead park on the street, adding to traffic congestion.

The planners had requested further information, over concerns that neighbours would be overlooked, that the development would be too close to the church of Ireland next door, and the plan for nine carparking spaces, accessed through the narrow arched gateway.

In the further information the applicant conceded that on-street parking was the only option, but they said that given the town centre location and that the apartments are one-bedroom, the council "should be able to allow a development on site without car parking being provided".

The said that the apartments would face each other, with no side windows overlooking neighbouring land.

However Laois County Council refused permission, in a decision made on September 8. The applicant may appeal.