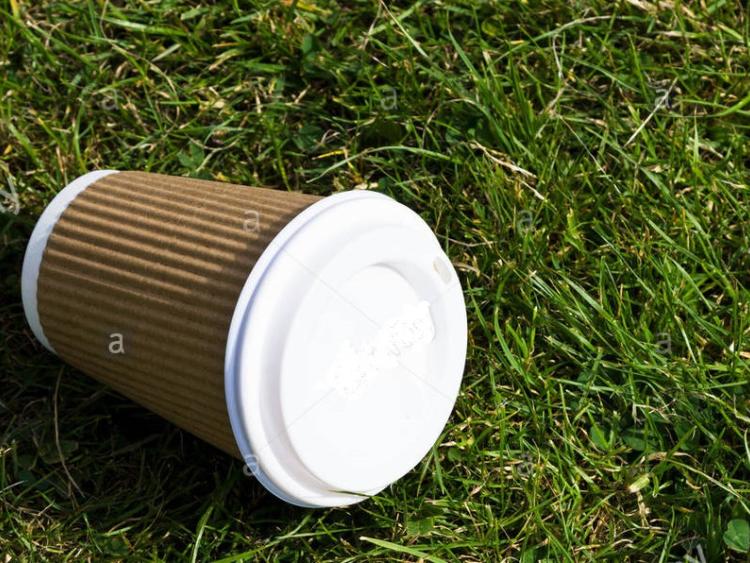 A 'dashboard diner' who was in the habit of drinking his morning coffee and throwing the paper cup out his vehicle window, paid dearly for his coffee habit after he was caught three times by Laois County Council cameras.

The driver was caught by high powered mobile cameras now in use in Laois in the battle against rampant illegal dumping.

The person was caught throwing away his cup three mornings in a row, on the M7 motorway at Ballydavis outside Portlaoise.

Senior Executive Engineer for the council's Environment section, Orla Barrett reported the incident during her update to the Borris-in-Ossory Mountmellick municipal district meeting this March.
“We caught the same guy three mornings in a row, chucking his breakfast out,” she said.

Speaking to the Leinster Express, Ms Barrett said that while the identity or amount of fine could not be disclosed, it cost the driver dearly.

"Unfortunately I can’t comment on individual cases, the only thing I will say is that morning coffee can become a very expensive habit. And I’m sure he is using a reusable cup now.  Which by the way gets you cheaper coffee in a number of coffee shops," the engineer said.

The council is embarking on a 'dashboard dining' project, in partnership with Durrow Community Forum.
It is one of five new anti-dumping projects planned if grant money comes through.
The others include tackling dumping areas on the Portarlington Link road and permanent cameras at bottle banks in Port.
Another focuses on dumping at Forrest Lower, Mountmellick, with roads to the site already shut on the Laois side, awaiting Offaly County Council to so similar on the cross county bog.

A fourth project is the Three bogs project in Errill.
The Errill project will combine a major clean-up of the bogs, and cameras, all year closure of access routes, drone flyovers, signage and work with Coillte.
“We are looking forward to starting this project,” Ms Barrett said.

A fifth project is to clear drug related waste at one large site where a lot of needles were found.
Funding of €45,000 has been sought, with a response expected in late April.

Already in 2018, the council has cleared a whopping 44 tonnes of illegally dumped waste off Laois roads and bogs.

The public can get involved by informing the team where dumping regularly happens, by calling the Litter Hotline 1800 32 32 30.

Clean-Up Laois will run from April 23 to 27 this year, when communities gather waste from the countryside, helped by Laois County Council and AES who bring it to the landfill free. See www.laois.ie