The Nissan Qashqai was the top new private car model sold in May 2017 while Brexit inspired import car sales has been driven up by half so far this year, according to the latest official car sales figures 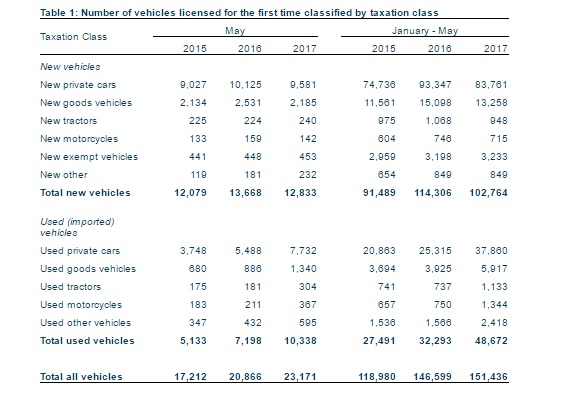 The continued rise in used car imports is almost certainly driven by the fall in the value of Sterling against the Euro a trend the looks likely to continue in the wake of the British General Election. 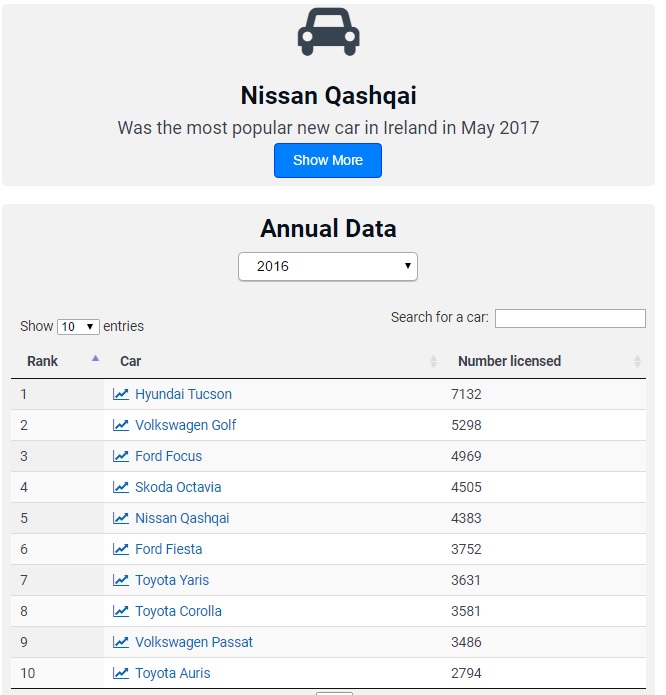 Information on the ranking of car models can also be found back as far as January 2014 in the new statbank table.