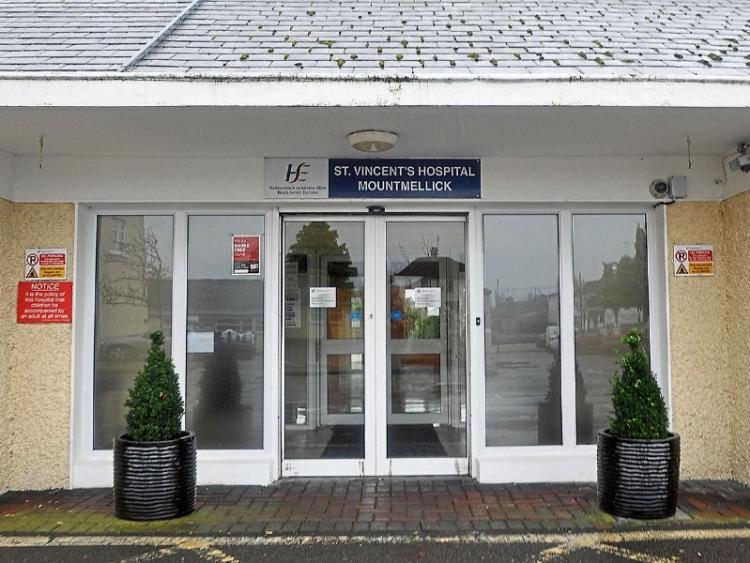 The HSE plans to carry out a multi-million rebuild of St Vincent’s Hospital in Mountmellick as it currently ‘fails to meet regulation standards’ according to a statement by a HSE spokesperson.

The new 100 bed rebuild will not be additional to the existing hospital but will involve some demolition of current accommodation.

The HSE spokesperson said that two new 50 bed units are planned to be rebuilt in the hospital over the next two years ‘to bring it in line with current HIQA regulations for Older Person’s units’.

“It will bring St. Vincent's CNU u to HIQA standards in relation to accommodation for older people in the area, as current accommodation is unsuitable and fails to meet regulation standards,” the spokesperson said.

A development plan for the hospital has been completed and the procurement of a design team is currently underway.

“The current plan is to build two new 50 bed units and refurbish what is currently St. Mary's/St. Theresa's ward, to bring it in line with current HIQA regulations for Older Person's units,” the HSE spokesperson added.

Two extra Dementia specific beds are also to be built onto the wing of St. Martha's Dementia unit.

Phase one is expected to involve the construction of a 50 bed unit that is up to HIQU standards costing €11.5 million. Further phases will include a second 50 bed unit as well as refurbishing part of the existing facility to develop another 30 beds.

The HSE expects to be in a position to lodge a planning application for the rebuild in 2019, with works potentially starting in 2020.

If work begins in 2020, it will come five years after the health service watchdog HIQA banned admissions at the hospital.

A year later, in 2016, when the ban was lifted, Laois TD and Minister Charlie Flanagan announced funding of €23.7 million for a 130 bed unit.

Is a new building boom set to get underway in Laois?