EXPLAINER: All the new Covid-19 restrictions to stem virus surge 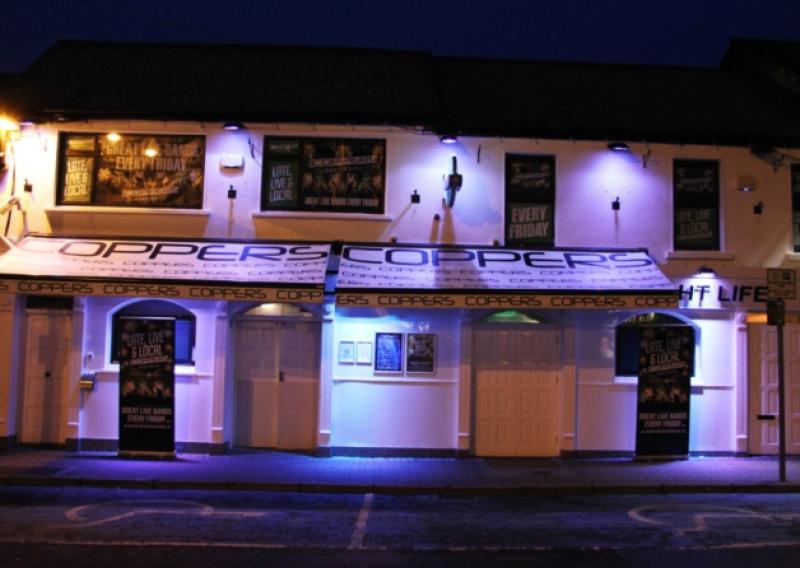 Venues like Coppers in Portlaoise will be forced to close earlier

Ireland is set to return to some Covid-19 restrictions after Government Ministers agreed to measures to stem the latest wave on Tuesday morning, November 16.

Ministers agreed to impose the following:

- An earlier closing time of midnight on the hospitality industry, including pubs, nightclubs and restaurants. This will come into effect from Thursday night. The move effectively closes nightclubs again just weeks after they reopened for the first time in 19 months.

- Covid certs will be required when entering all hospitality as has been the case. A campaign to improve compliance with this is also likely whole the certs will also be needed at cinemas and theatres.

- From Friday morning, the Government advice on remote working will change to 'work from home where possible.' This could result in hundreds of thousands of workers returning to the home office for the foreseeable future.

- Close contacts rule changes mean entire households will be advised to restrict their movements for five days following a single positive case, regardless of the Covid vaccination status of the other people in the house. A series of antigen testing will then be used to facilitate that households return to normality. To this point, close contacts only had to restrict their movements if they were symptomatic or were unvaccinated.

Publicans have already come out to request more supports for the industry given the return of curfews. It has also been suggested that the Pandemic Unemployment Payment will have to be re-introduced to cater for industries impacted most by these new measures. No decision has yet been made on this.

Senior government figures have also indicated that further restrictions may be required in the coming weeks and months depending on the trajectory of the virus in the community.

As it stands, Ireland's Covid-19 incidence rate is the 12th highest in the world. The biggest fear is the pressure on the health service with over 600 patients now in hospital with the virus, including 117 in ICU.

The HSE yesterday said that there was a possibility that half of ICU beds in the country could be occupied by Covid positive patients in the next fortnight.

Ireland's boost vaccination process is now also being enhanced with people over 50 now eligible for a third shot six months after their second. This comes after NIAC approved the age group for boosters along with those aged over 60s and all healthcare workers.

Restrictions were tightend following renewed NPHET advice last week to re-introduce some restrictions to curb the growing spread of the virus across the country. Among those suggested by NPHET was a work from home policy and a renewed focus on Covid-19 digital certs in the hospitality industry.

POLL: Do you think unvaccinated Irish people should be put under Covid-19 lockdown?

Hospitals in crisis, pubs closing earlier, work from home returning, booster vaccine extended. Do you think Irish people who have not been vaccinated against Covid-19 should be put under new lockdown? Vote in our poll now!
ADVERTISEMENT - CONTINUE READING BELOW