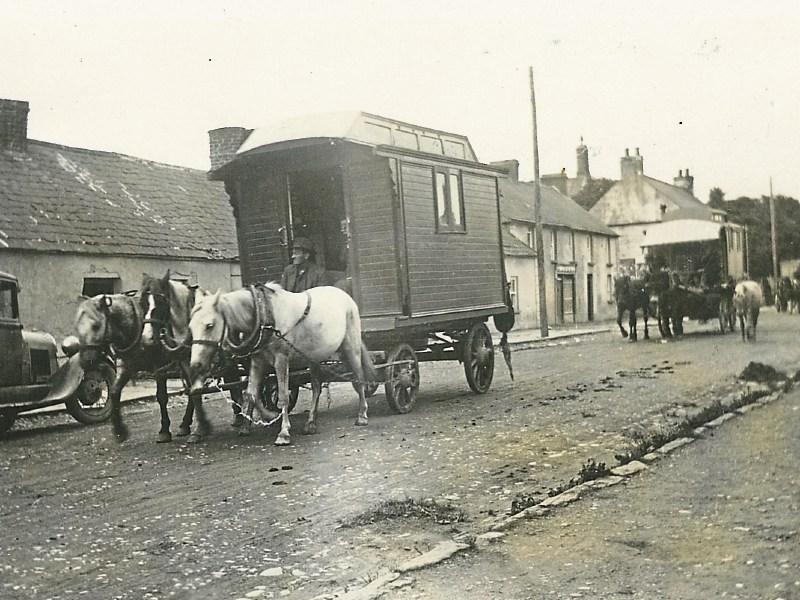 Laois roads built for horse-drawn carts can no longer cope with the big lorries, tractors and other machinery and other traffic that uses them according to a county councillor.

Cllr Aisling Moran, Fine Gael, made the comment after calling on Laois County Council to look at putting cycle network signage on the roads from Maganey Maganey to Killeen.

“This will provide a safer figure of eight network for cycling to school until such times as we can provide cycle lanes,” said her motion.

She added that roads need to be updated.

“All those roads were built for horse and cart use. Now we have big tractors, lorries and machinery on those roads.

“We haven’t moved the fact that machines are bigger and we have no room for pedestrians or cyclists,” she said.

Philip McVeigh, Senior Executive Engineer, replied at the recent meeting of the Graiguecullen Portarlington Municipal District. He said the Council will investigate this route with a view to installing a safe overtaking width for cyclist signs in 2022.

“We have submitted a funding application to the Department for regional and local road cycle signage and plan to use some of this funding for this scheme,” he said.

Cllr Moran said she was delighted to learn the work was going ahead.

Cllr Ben Brennan, Independent, backed the motion saying it would help get people ‘fitter and healthier’.

The issue was raised at the December Municipal District meeting.