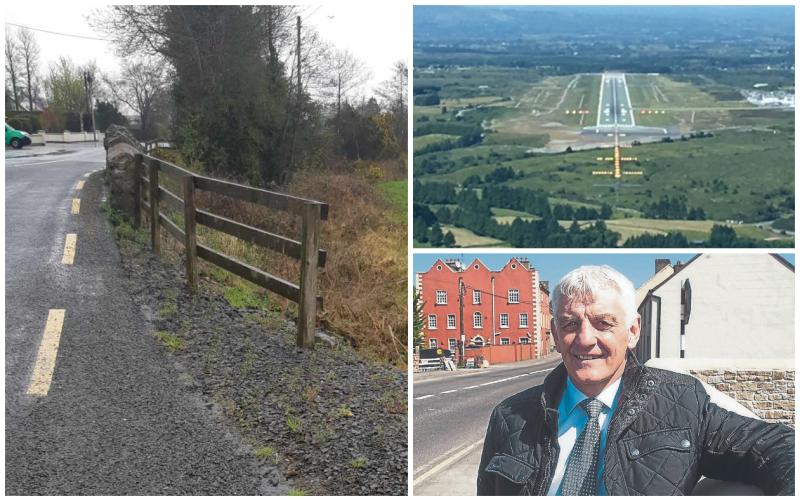 Measures to slow traffic leaving Mountrath toward the Slieve Blooms are needed urgently because drivers are speeding as if they were taking off at Knock Airport.

That’s the view of Cllr James Kelly, who raised the issue when tabling a motion at a recent meeting in Laois County Council.

He asked that the local authority carry out road widening safety measures at the Rushin Road Bridge adjacent to Mountrath Livestock Mart.

Mr. Edmond Kenny, District Engineer, replied that the Council has secured a grant of €50,000 to complete the required works to the bridge. He anticipated that these works will be completed in the summer of 2022.

Cllr Kelly welcomed the money for the work and said it is important for safety. However, he explained that more is needed on the road leading away from the bridge even though other work such as resurfacing has been completed.

“The problem is that certain motorists, when they go outside the speed limit in Mountrath, are taking off. It’s like a plane taking off in Knock Airport. A short runway and they are flying off up the mountain out the Rushin Road,” he said.

Cllr Kelly said there are major road safety issues at the Cuddy household.

“Some members of the family have to stand on the road to make sure no car is coming,” he said.

Cllr Kelly outlined that visibility is badly restricted when they are exiting the house.

“I would hope that as part of the €50,000 project we put in traffic calming as a matter of urgency,” he said.

He proposed a ramp or flashing lights to deter speed. As for the bridge he hoped that its height could be addressed.