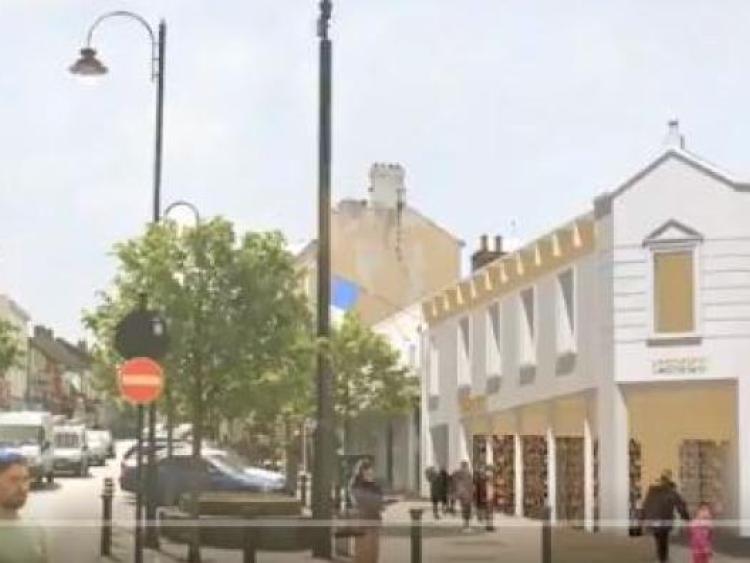 An image of the planned new library in Portlaoise, created by CIS Ireland

Construction work on Portlaoise's new public library will get under way when it gets the green light from a Government Department, according to Laois County Council's CEO.

In his monthly report to councillors Mr John Mulholland said a builder has been chosen and this recommendation has been sent to the Department of Rural and Community Development for its approval.

“Hopefully the Department will be able to turn around quickly on that,” said Mr Mulholland.

The library has been planned for the past six years.

Cllr Mary Sweeney a retired library employee welcomed what she saw as progress.
“I am glad to see a bit of forward movement. The space is not adequate for the amount of activities in the existing library. It’s past its sell by date,” she said.

The €5 million library will be on the site of the old Shaws shop on Main Street. Demolition of the shop will be the first step.

It will have community meeting rooms, computer facilities and an exhibition space. The current library is on the first floor above shops in Lyster Square.

The council bought the vacant shop in 2013, but the idea was shelved in 2017 for a year after the cost of construction shot up and councillors called a halt until the government grant was increased from €1.65m to €3m towards it. The rest is from Laois County Council’s own income, with €450k already spent to buy the building.

The architects on the project are McCarthy O’Hora from Portlaoise. The council has expressed hopes that the library will increase footfall to the main street.